Who is behind the hate film that sparked violence among Muslims worldwide?

Matt Lauer speaks with security analyst Michael Leiter about the likehood that the attack on a U.S. consulate in Libya was a pre-meditated act by a group of al-Qaida sympathizers rather than a spontaneous uprising over an anti-Muslim internet video

It’s kind of hard to ignore what’s happening in the Muslim world right now, after 11 American embassies have been attacked and four Americans have been killed.

All over a hate-filled low-budget film made by one person(?) The events unfolding are like a bad movie.

How can such a relatively obscure video create such chaos in the Arab world? The following article explains some of the madness, but in the end it’s all about opening Pandora’s Box (the internet) to millions of Muslims who’ve never been in touch with society outside their small villages and towns. 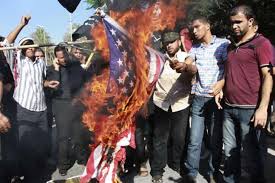 “While the motivation behind the low-budget video "Innocence of Muslims" remains unclear, the reasons it has helped fuel attacks and protests at U.S. diplomatic missions in the Middle East and Africa are both emotional and political, experts say.

While it is true that images of Muhammad are not allowed by Islamic law, that doesn't explain the violent reaction, said Hassan Shibly, an imam and civil rights lawyer in Florida who works for the Council on American Islamic Relations.

The reason for the prohibition in the Quran was that Muhammad wanted to discourage idolatry, he explained. "The Islamic tradition forbade depictions of any prophet or any holy people so that people throughout the years don’t start worshipping the prophet," Shibly said. "God is supposed to be the focus, not Muhammad or Jes 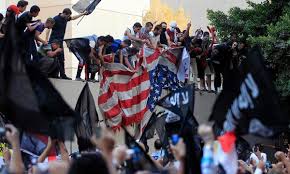 us or anyone else."

Images like these are now making their way, via the Internet to Muslim populations who have never before been exposed to sharp critiques of their faith, which also helps explain the level of anger they have stirred.

“The film, which has been blamed by some for fueling protests at U.S. diplomatic posts, including the violence at the U.S. Consulate in Benghazi, Libya, that left four Americans dead, and Danish cartoons that caused so much protest in 2005 caused outrage among Muslims because they were seen as ridiculing or criticizing the prophet.

"Innocence of Muslims" features wooden acting, poor dubbing, awkward sexual moments and ham-fisted insults, with none of the production values of "The Last Temptation of Christ," or any serious exploration of Islam. Experts said it would almost certainly have remained obscure had it not ignited the protests and violence after being circulated in Arabic via the Internet.

So far, it remains unclear who produced the film, and who funded it. Initially, the m 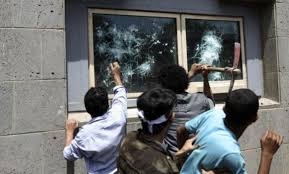 aker was identified as an Israeli-American man identified as Sam Bacile. But by Thursday, published reports were suggesting that it was the work of a group of anti-Islam Christians.

The latest reporting suggests that  Bacile is actually Egyptian-born Coptic Christian named Nakoula Basseley who lives in the Los Angeles area. The Copts are a minority in Egypt, and often victims of discrimination in the majority Muslim country, as well as attacks by extremists.

In a geopolitical context, said Esposito, the film plays right into the hands of extremists in the region who are using anti-American sentiment to advance their own goals.” 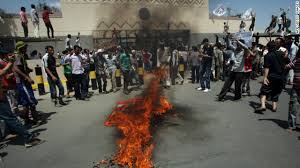 "What we have here, and it’s significant symbolically ... on or around 9/11 (anniversary), two terrorist or extremist attacks in Benghazi and in Cairo. … They are attacking symbols of the U.S. They are playing to a population. … It would be anti-American, but (they are) using this (video) to legitimize what they are doing."

Shibly also wonders if the film itself was produced or circulated strategically to stir up well-known sensitivities. "The sad thing is these people are doing it on purpose," he said. "And unfortunately these Muslims fell right into the trap." (Read the whole article here)

Libyan Ambassador: "One of the saddest days in my life"

Posted by ImBlogCrazy at 7:42 AM