The sorry-assed individual shown here, Shawn Sullivan, 43, is being protected by the British who won’t send him back to the states where he committed sexual crimes against children because they think our law might be too tough on him!

No really. They’d rather let him stay there and molest little girls in London. He was convicted of sexually assaulting two 12-year-old girls in Ireland, as he ran from justice. The guy is a serial scumbag.

Perhaps it’s just as well that he stay in England. They can pay the expenses for convicting him of his sex crimes, then letting him out after a short sentence, and repeating the whole process again.

Who knows how long he’ll drain their system, incurring expenses for British tax payers for years to come? Blimey! Someone’s got to be balmy to let this predator prey on any society! 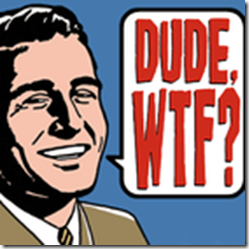 In the news today:

“Minnesota prosecutors' efforts to have a convicted sexual predator brought to trial in the United States were thwarted on Thursday when Britain's High Court dropped extradition proceedings, saying the U.S. hadn't guaranteed the suspect would be kept out a program some deem draconian.

Sullivan, is accused of molesting two girls and raping a third in the 1990s in Minnesota. Sullivan fled the United States and eventually ended up in London, where authorities caught up to him two years ago.

Sullivan escaped to Ireland as prosecutors prepared to file charges in the U.S., and while staying there was convicted of sexually assaulting two 12-year-old girls. Sullivan, a dual U.S.-Irish citizen, moved to London using an Irish passport that spelled his last name in Gaelic as "O'Suilleabhain."  (source)