Counter Culture: A Look Back at the ‘Weather Underground’ and Protesting War 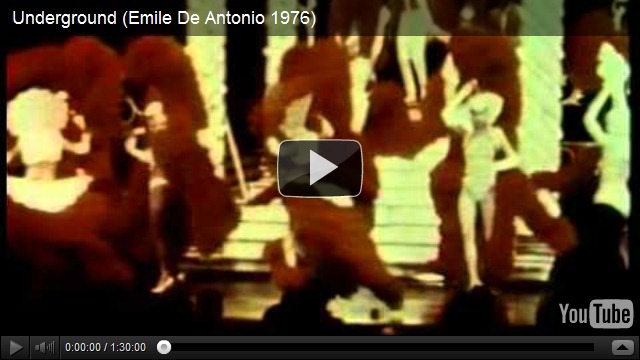 There were a lot of radical groups in the 70s but the Weather Underground was among the most extreme.

With my first child on the way in 1975, I turned away from the counter culture that I lived in, and started going “straight.”

Went back to college, got a degree and a career, and fully sold out to the establishment. For a while. Played the career game. Now my children are grown up and I’m retired and have slipped back to my hippie ways actively questioning our government and the corrupt politicians we thoughtlessly vote into office every term! I would like to point out that I wasn’t anywhere near as extreme as the people associated with the “Weather Underground.” I just wanted people to know that Vietnam veterans were being poisoned by Agent Orange back in the early 70s when the military and chemical companies denied it was hazardous to human health.

“What is it like being an underground revolutionary, with fantasies of grandeur, dreaming of a better tomorrow? In 1975, the Weather Underground, a militant faction of the Students for a Democratic Society attempting to overthrow U.S. imperialism, were fugitives in hiding. Filmmakers Emile de Antonio, Haskell Wexler and Mary Lampson spoke to members of group (who were concealed from the camera by sheets and mirrors to interesting effect). Much of footage - in the above video - which revealed too much was burned, and the film and negatives were subsequently subpoenaed by the FBI for use in their mission to capture the Weathermen.” (source)