AS IT STANDS: It’s all about respect: Children only learn by example

– Solon Athenian statesman and poet, 630-560 BC
By Dave Stancliff
Once, not so long ago, seniors were universally respected and in many cases revered. Their advice, coming from many years of experience, was considered necessary in making important decisions for the community.
An old African proverb that says "When an old man dies, a library burns to the ground," is spot on. Since the start of so-called civilization, each generation has looked to the last to avoid mistakes and build upon successes.
A Sage’s wisdom, earned through reflection and experience, is a common denominator in all the cultures of the world. Old men’s and women’s words have been revered by countless societies, filling volumes of books for later generations. 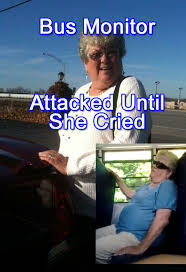 That respect is slipping away. In the 21st Century, seniors are seen as barnacles on the Social Security system, and disrespected by younger people in countless ways. A recent news story illustrates my point.
An elderly bus monitor, Karen Klein who had to keep working to make ends meet, was treated with such contempt and disrespect by a group of middle school students that it shocked the entire country. Videos of the incident taken by three students went viral on the internet within 24 hours.
The response; outrage over the disrespect shown by the foul-mouth children was instant and passionate. Over a million people asked the same question, “How could these children treat an adult, especially a senior, with such cruelty and outright contempt?”
One sympathetic man, Max Sidorov of Toronto, Canada, started a vacation and retirement fund for her on a fund raising website. At last count, over $667,000 had been raised. Klein’s story brought  such national interest that she was invited to appear on the Today Show. Somewhat flustered over her new found fame, she made it clear she didn’t want to press charges against the children. The school however suspended four seventh-grade boys for one year for bullying the bus monitor.

Displaying her wisdom, Klein suggested parents should pay more attention to teaching their children some manners. Civility has become another casualty in our fast-paced society, she suggested. Her point is well taken; if parents don’t set a good example, how can they expect their children to be civil in public?
I’m not going to mince words; the importance of parents playing a more active role in their children’s lives can’t be underestimated. Without a foundation of respect for others, especially seniors, children will be rudderless in this violent world.
Without guidelines, children model after the numerous examples of rudeness they see on TV and in movies. They become increasingly anti-social. They lack morals and the ability to live peacefully with others.
Despite my observations thus far, I think there’s still hope. The current recession has reversed a societal trend of children moving out of the house. It’s more common now for the generations to live together. Extended families have become a financial necessity. Grown children with families of their own have been forced to move back in with elderly parents. The result is a situation somewhat similar to American society before the Industrial Age.
Today, young children are taken care of by grandparents while their parents work. This  daily exposure to their elders is bringing family units closer together again. Seniors take on a new relevance. We’re witnessing the return of the extended family in America. In some ways it’s ironic.
In this day and age, many grandparents have to raise their grandchildren, for myriad reasons. Many children are raised by step parents or other relatives, who have to assume parental roles. The need for good role models has never been greater. Respecting elders is a start to maintaining a civil society, but respecting everyone should be the ultimate goal.
As It Stands, I was taught to obey the Golden Rule, “Do unto others, as you would have them to do unto you.”