Abusers use schools in impoverished areas as stalking grounds 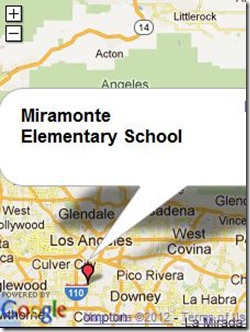 Today’s road leads us to a place where children are not safe. Especially the inner cities poor children. The arrest of two longtime teachers at Miramonte Elementary School opened a window to a problem that exists in other poor school districts.

The charges are shocking, but the choice of victims comes as little surprise.

At Miramonte, the victims could hardly have been more disadvantaged: The 1,400 students are virtually all from poor Latino homes, a majority from immigrant families where English isn't spoken at home, and some with parents lacking legal immigrant status. It's a voiceless community where fear is ingrained — fear of authority, fear of the police, fear of immigration enforcement, fear of retribution.

The hard-pressed barrio school is just the kind of place where an adult with bad intentions could take advantage of a child, knowing there was little chance a victimized family would report the acts. Or if they did, little chance they would be believed.

You have lots of the very poor who don't even know what their rights are. Miramonte is not Malibu. It's not a sophisticated community. It's a perfect recipe for a predator. According to Lisa Aronson Fontes, a psychology professor at the University of Massachusetts who wrote Child Abuse and Culture: Working with Diverse Families, "There's a culture of silence at most schools … and a culture of disbelief and denial."

In the case of Miramonte Elementary, administrators fired the whole teaching staff. I’m not sure that’s the answer for dealing with this situation, but they felt they had to. I wish I knew the answer to protecting these disadvantaged children throughout our nation. Sadly, I’m not sure there is an answer.