Surviving Stress: studies says it shrinks you brain and young people are more stressed out today than ever before 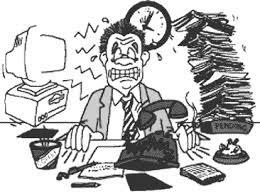 Good Day World!
Stress is something we all live with in this hectic society.
It’s how we cope with the constant stress that makes the difference between being happy and miserable.
Scientists have been saying for years it affects the brain and PTSD is one of the many byproducts from it.
But this is the first I've heard about brains shrinking. I’m afraid if that’s true my brain is the size of a pea!


All that stress is shrinking your brain, new study finds
Everyone knows stress can cause headaches and sleepless nights. But a new study suggests it can actually shrink your brain. We’re not talking run-of-the-mill stressors here, like a looming deadline or a missed bus.

“These are bad things happening, like a relationship breakup, loss of a loved one, being held at gunpoint,” says Yale neurobiologist Rajita Sinha, senior author of the new report. Simply feeling stressed-out was not linked to gray matter shrinkage.
But feeling stressed-out combined with a history of stressful life events was.  In particular, stress was linked to markedly less gray matter than expected in a part of the prefrontal cortex that regulates emotion and self-control, not to mention blood pressure and blood sugar. 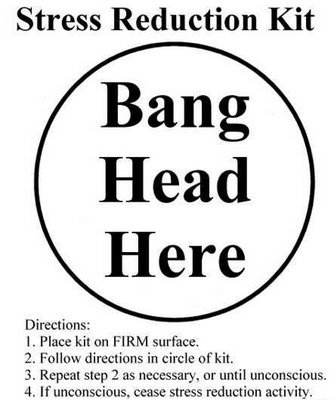 And maybe it’s already affecting brain function in the healthy individuals she studied, Sinha says.
In other words, the stresses of modern life are far more complicated than what our ancestors experienced. “You can say stresses are a part of life, so what’s the big deal?”

But it is a big deal, she adds, because there’s extensive evidence that stress has contributed to the rise in chronic diseases.
Most human research about the impact of stress on brain structure has focused on patients with stress-related psychiatric disorders such as addiction and anxiety, according to the authors. Those studies have found decreased volume in the frontal lobe, considered the center of emotion control and personality.Whose brains shrunk more, men’s or women’s?
You might think you know the answer, but the researchers don’t, because they didn’t have enough women to compare the sexes.The take-home message, Sinha says, is that the better you cope with stress -- take a walk, call a friend -- the better off your brain will be. 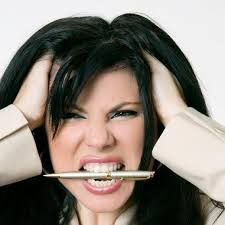 A San Diego State University researcher says high school and college students today are more stressed-out and high-strung than ever before.
SDSU Professor Jean Twenge is known for her extensive research about how today's young generation differs from previous generations. In fact, she’s written two books on the subject – Generation Me and The Narcissism Epidemic.
Her latest research indicates today's high school and college students have higher levels of anxiety and mental health problems compared to young people who lived during the past seven decades.
In fact, five to eight times as many young people in 2007 are having problems compared to those in 1938.
Twenge says the increase is linked to cultural shifts which she says place a greater emphasis on shallow values such as money and materialism versus people and relationships.
"Since the 1930s, American culture has placed a lot more emphasis on materialism. Young people are much more likely to say, 'I'm really interested in making a lot of money,'" Twenge said.
"That (cultural shift) has happened at the same time of this increase in anxiety and depression. We can't say for sure that one causes the other, but we can say they have happened at the same time."
Twenge says typical symptoms of anxiety include excessive worrying, insomnia and nausea.
Depression, anti-social behavior and narcissism are also on the rise based on the findings. Twenge says this research is important for helping everyone to understand the world in which young people live.
"It's tempting to say (young people) have it easy. Well, that doesn't seem to be the case. This shift in our culture toward emphasizing materialism and fame has not served us very well.
It's not a good recipe for mental health at any age."
Time for me to walk on down the road…
Posted by ImBlogCrazy at 9:48 AM