Strange Times: a short walk through the headlines

I have a few silly stories to share with you today. Believe me, the world’s full of them every day. I decided to start this day with humor and a nod to the slightly strange because it seemed like a good idea.

Authorities in southern Wisconsin are facing a tongue twister thanks to the arrest of Beezow Doo-Doo Zopittybop-Bop-Bop. The unusually named 30-year-old man was in jail Sunday in Madison. Police say he violated his bail conditions from a previous run-in with the law. 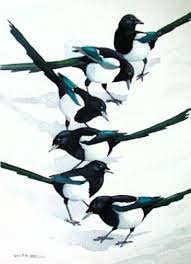 The passing of North Korean strongman Kim Jong-il has been marked by plunging temperatures, mourning bears and now, according to North Korean state media, by flocks of magpies. Kim, who died in December aged 69 years after 17 years running the world's most reclusive state, was reputed to be able to control the weather, as well as to have scored a miraculous 38 under par round of golf.

"At around 17:30 on December 19, 2011, hundreds of magpies appeared from nowhere and hovered over a statue of President Kim Il Sung on Changdok School campus in Mangyongdae District, clattering as if they were telling him the sad news," state news agency KCNA reported on Monday. 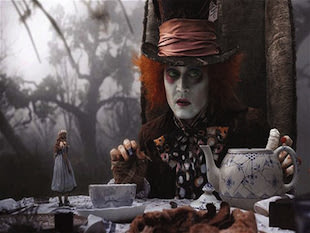 A new book reports that the Obama White House hosted an extravagant "Alice in Wonderland" party in the fall of 2009, designed by director Tim Burton and featuring actor Johnny Depp.

In "The Obamas," New York Times correspondent Jodi Kantor writes that the White House decided to downplay the expensive Halloween party over fears of a public backlash, since it was taking place during the height of the recession.