Holiday cards from the grave, Anonymous donors paying starngers layaways, and Santa’s ward off crime in the streets 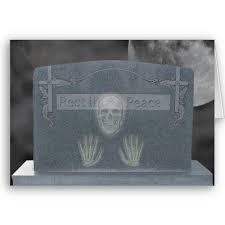 Christmas is in the air this chilly morning and I have some hot coffee ready to go. Pull up a chair, grab a mug, and see what you think about the three holiday headlines I’ve selected for your reading pleasure today.

Ho! Ho! Ho! Happy holiday cards from the grave
The holiday cards from ad man Bob McCully were truly a special delivery - from beyond the grave. About 400 people recently received the macabre but humorous greetings from McCully, who died in August at 88, the Pittsburgh Tribune-Review reported (http://bit.ly/vXDR6s).

The former Pittsburgh advertising executive is pictured on the front of the card talking on the phone in an office. "Hello, please don't call," it reads. "I recently moved to a quiet neighborhood ..."

Inside, the card says: "My new place doesn't have a phone and our gates close after dark." Pictures show the gates at Allegheny Cemetery in Lawrenceville and McCully's tombstone. Friends say a relative produced the card, which generated a mix of emotions for longtime McCully friend David Newell.

"It was the strangest feeling getting that card. It was almost eerie. But when I opened it, I laughed out loud. It was the ultimate Christmas card," Newell said. McCully often performed locally in satirical musical revues and was known for his darkly funny Christmas greetings. For several years, Newell said, cards were written from the perspective of McCully's former dog, Rolf. This year's card might be the most memorable of all.

The young father stood in line at the Kmart layaway counter, wearing dirty clothes and worn-out boots. With him were three small children.

He asked to pay something on his bill because he knew he wouldn't be able to afford it all before Christmas. Then a mysterious woman stepped up to the counter. “She told him, `No, I'm paying for it,'" recalled Edna Deppe, assistant manager at the store in Indianapolis. "He just stood there and looked at her and then looked at me and asked if it was a joke. I told him it wasn't, and that she was going to pay for him. And he just busted out in tears."

At Kmart stores across the country, Santa is getting some help: Anonymous donors are paying off strangers' layaway accounts, buying the Christmas gifts other families couldn't afford, especially toys and children's clothes set aside by impoverished parents. 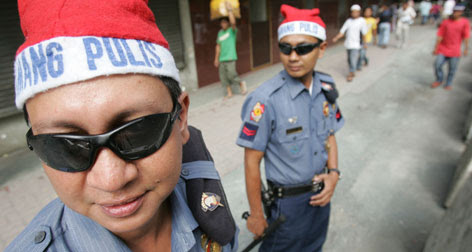 'Santas' ward off crime in the Philippines

More than 1,000 police officers wearing Santa hats have fanned out across the Philippine capital in time for the Christmas holidays — traditionally the busiest period for thieves in Manila.

Metropolitan Manila police chief Geary Barias said 1,000 officers and 700 police recruits have traded their blue caps for Santa hats while conducting more patrols of Manila's crime-ridden streets. Residents generally praised the idea. "This serves as a reminder that Christmas is coming and we should have peace," said Dennis Perez, a pedestrian.

"The Santa hat is OK, but of course they should focus on their duties," said Jenny de Jesus, a parishioner in Quiapo district's Roman Catholic church.