Bull Frog Plays Video Game, and an 80-Year Old Fights Off a Gunman 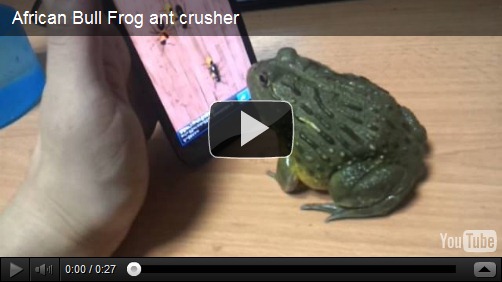 This frog could probably beat me at gaming, although that isn’t saying much!

Only two more shopping days left until Christmas. Thanks for taking time out of your busy schedule to stop by. I’ve got a fresh pot of coffee on, so c’mon in and relax for a few and see what stories I have for you.

In this video, a frog plays video games. No, really. Specifically, an African Bullfrog plays an app for the handheld game, Ant Smasher. The makers of the game note that more than 15 million people have downloaded it but we're pretty sure this is the first non-human player caught on video. 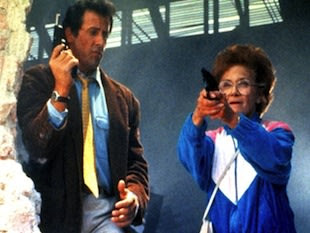 An 80-year-old grandmother in Florida successfully fended off an armed attacker who was attempting to rob her 61-year-old daughter.

Josefa Lopez told the Sentinel Sun she felt "no fear" when she used her aluminum cane to fight off the gunman who had physically assaulted her daughter.

"I thought she was dead," Lopez said in Spanish. "I yelled at [the gunman], 'I am going to kill you, [son of a b----]!' I wasn't myself. To me, she was dead." The assailant, who fired a gunshot at Lopez but missed, is still at large. He reportedly pulled Lopez from her Ford Expedition, shouting, "Give me," and pistol-whipped her. That's when the 4-foot-9 Josefa took control of the situation.

"When you see your daughter in trouble," Lopez said, "you have to do something." Lopez reportedly grabbed the gunman by the back of his shirt and began pulling him away from her daughter. She was about to strike him with her cane when he fired the shot at her.