As It Stands: Watch out for the Grinches when you shop for the holidays 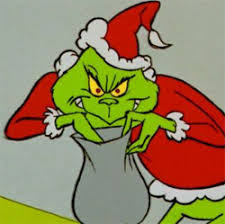 By Dave Stancliff/For The Times-Standard
It’s shopping time. Oh, excuse me. It’s holiday shopping time.
Christmas is around the corner, and just about everyone is shopping for something other than bare necessities. Including thieves.
Shoplifting means higher prices for American consumers and less sales tax revenue for state and local governments. That doesn’t add up to Ho! Ho! Ho! Happy Holidays for the economy.
In California, where there are 620,000 retailers, it’s estimated that shoplifting occurs 330-440 million times per year at a loss of $10-$13 billion dollars. Nationwide, that equates to 1.0-1.2 million shoplift incidents everyday at a loss rate of $19,000-$25,300 dollars stolen per minute, according to the FBI website.
When you factor in employee and vendor theft, this sum skyrockets to an estimate of over $33 billion dollars stolen per year. The end result is the consumer has to pay higher prices as the retailer tries to recoup the loss.
It’s important to note that I’m not just talking about amateurs when citing these astounding statistics. A growing problem, according to the FBI, is the increase in organized theft rings and people who make their living by stealing from retail stores.

Fences send out teams of shoplifters in exchange for room, board, and training on how to steal and overcome technology designed to stop them. They pay these recruits 10-20 cents on the dollar. They have been known to bail workers out of jail and get them legal representation.
What happens is a strange street loyalty much like the story of Olive Twist.
There was a big case in California a few years ago that illustrates my point. Two criminal organizations were charged for their role in a large-scale fencing operation to buy and sell over-the-counter health and beauty products—as well as other items like camera film, batteries, and infant formula—that had been stolen from major retail chain stores.
The merchandise was passed off to crooked out-of-state wholesale distributors, who  sold it back to unsuspecting retailers. 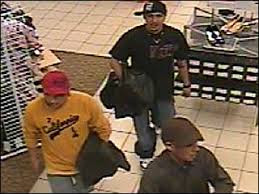 Most shoplifters, according to FBI statistics, are amateurs. Amateurs can be highly skilled and steal daily without getting caught. Law enforcement officials say most are opportunistic and even crude in their methods.
If you’re like me, you seldom see a shoplifter in the act. They come in all shapes and sizes, ages and sexes, and vary in ethnic background, education, and economic status. In other words, you could stand right next to one and not know it.
I’d also be remiss if I didn’t mention employee theft. Less than honest employees contribute to the monstrous amount of money lost every year by the stores. Employee theft is an insidious crime because the merchant is pays a wage and benefits to the thief on top of the cost of their dishonesty.
Studies have shown that employees can do a lot more damage than amateur shoplifters because they are trusted and have an insider’s knowledge of store security measures. According to the University of Florida 2005 National Retail Security Survey, employee theft was estimated to be responsible for 47% of store inventory shrinkage. 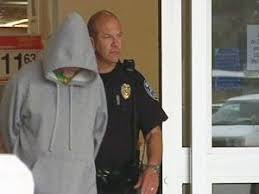 That represents an estimated employee theft of about 17.6-billion dollars per year. This astounding figure makes employee dishonesty the greatest single threat to profitability for the store. There is also a health and safety aspect—in many cases, stolen food products, pharmaceuticals, and other consumables aren’t maintained under proper conditions or labeled properly, so when they finally make their way back to unsuspecting consumers, they may be ineffective or may even make people sick, according to the FBI.
From everything I’ve read, and throwing in some common sense, the best thing to do if you see someone shoplifting is to report it to a store employee. Do not, I repeat, do not try to apprehend the thief. In this day and age it’s not worth being hurt or even killed by someone who may be mentally unbalanced, or determined not to be captured.

This is the time of the year when most America’s retailers expect to make a big profit. This year consumers are showing signs of buying, even if it’s on credit they can‘t afford.

The spirit of the holidays is upon us and we’re all looking for a gift to give.

As It Stands, happy hunting and watch out for the Grinches/shoplifters.

Posted by ImBlogCrazy at 7:47 AM