Man survives 4 days in desert with broken leg, new book about the mysteries of southpaws, and a woman who flies the Confederate flag in her neighborhood 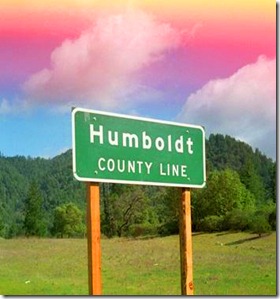 Are you ready to start a new week? Grab a cup of coffee, pull up a seat, and prepare to meet a man with a broken leg who survived for four days in the desert. Then there’s a new book that tells us all about southpaws/lefties. The wrap up is about a southern woman who flies a Confederate flag despite her neighbors protests. I believe she has that right, even if her stance is unpopular.

Salt Lake City - A North Carolina man crawled four days across the Utah desert after breaking his leg on a solo hike, inspired by a Hollywood movie about a man who cut off his own arm to save himself after being trapped by a boulder in the same canyon.

Canyonlands National Park rangers found Richards four days after he fell 10 feet in Little Blue John Canyon on Sept. 8. Along with the leg injury, he dislocated his shoulder but was able to work it back into place.

﻿﻿﻿﻿How do we explain that through the centuries, all over the world, there has always been a consistent left-handed minority of people of around 10 percent? Author Rik Smits attempts to answer this question in his new book "The Puzzle of Left-handedness."

There’s no definitive reason why one person is a rightie and another is a leftie, argues Smits in his book. There are several theories, though, and plenty of left-handed lore.

A year ago, dozens marched to protest the Confederate flag a white woman flew from her porch in a historically black Southern neighborhood.

Earlier this year, Annie Chambers Caddell's neighbors built two solid 8-foot high wooden fences on either side of her modest brick house to shield the Southern banner from view.

Late this summer, Caddell raised a flagpole higher than the fences to display the flag. Then a similar pole with an American flag was placed across the fence in the yard of neighbor Patterson James, who is black.One hundred and fifty years after the Civil War began about 20 miles away in Charleston Harbor, fights continue over the meaning of the Confederate flag.

It's funny how some people can be so proud of losing a war.