As It Stands: Entertainment is no excuse for sexualizing little girls 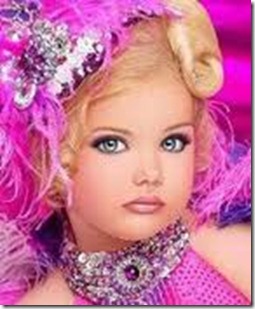 The models gyrate suggestively onstage in skimpy outfits. The audience  enthusiastically encourages them to strut their stuff as they perform skits dressed as prostitutes and divas. Just another fashion show? Just another beauty contest? 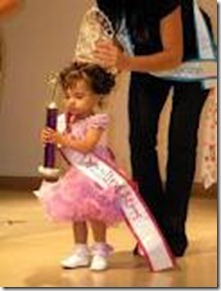 Not quite. The girls wearing full makeup and suggestive costumes on stage are only five years old. Not much more than babies, and their mothers are already sexualizing them. If that sounds like a harsh statement, it’s meant to be.
Why are so-called reality programs like “Toddlers & Tiaras’’ allowed to air? The series is about the controversial world of pint-size beauty pageants. There’s a sick culture of mothers in America who think it’s okay to display their daughters in sexually suggestive costumes. (The good news is “Toddlers & Tiaras” is in it’s last season after a five-year run.)
Their excuses for doing that range from “I was a model once and see nothing wrong with helping my daughter get an early start in the business,” to the model wannabe moms who live their fantasies through their daughters - but claim it was the daughter’s idea to model. 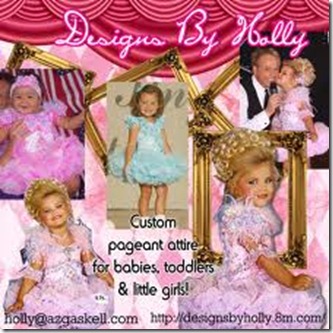 How far has this trend gone?  Perhaps you’ve heard of the latest fashion model featured in French Vogue. Her name is Thylane Lena-Rose Blondeau. She’s a pre-pubescent 10-years old. Her career started at age four.
The fashion industry has long been known to have models as young as 13 parading down the catwalk in sexy swimwear and lingerie. We’ve become so immune to the sexy gazes of teen models in high fashion advertising campaigns that their age goes unnoticed. But what happens when the model is so young? Should we turn our heads and pretend what’s happening is okay?
Considering the crime rate involving sexual images of children, it’s hard to believe these kiddie fashion shows and beauty contests have become so popular. Then again, maybe it’s not so hard to understand when you consider those young girl’s sexy outfits and attitudes are a reflection of a sexist society. These shows are also popular with pedophiles, but that should come as no surprise to anyone.
Shows like "Toddlers and Tiaras" have spawned spin-offs such as a recent viral video of a children's dance team bumping and grinding. For parents looking for a primer on how not to raise your daughter go to http://abcnews.go.com/GMA/Parenting/girl-single-ladies-dance-sparks-controversy-internet/story?id=10644648. 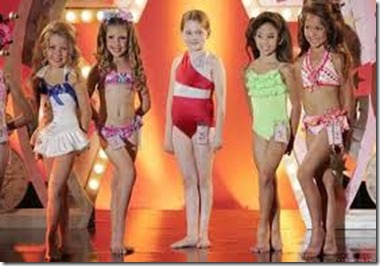 Why aren’t these sexual displays of children illegal? People worry about child sex trafficking and then tune into an episode of “Toddlers and Tiaras.” It doesn’t make sense.  In a recent conversation I was told that this is a free society and there shouldn’t be any form of censorship on controversial shows.
My reply; there have to be limits to protect children from exploitation. What’s happening to these young girls who skip a normal childhood and step into an adult world as young as four years old? Go to http://www.aboutkidshealth.ca/en/news/newsandfeatures/pages/sexy-babies-how-sexualization-hurts-girls.aspx  to see what the eventual effects are. I assure you they’re not pretty.
One example is a trend for an increase in parents condoning plastic surgery for their daughters. Since 2000, the number of invasive cosmetic surgeries performed in the United States on girls 18 or younger has increased 15%, to 77,000. 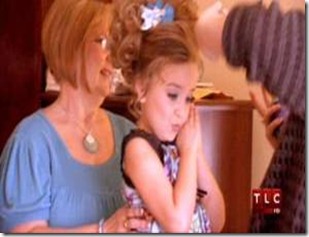 As a parent there are things you can do to help your daughter get through our sexually-charged society without becoming a victim. The American Psychological Association released this excellent report that offers advise to parents and daughters: http://www.apa.org/pi/women/programs/girls/report.aspx?item=3.
We must not forget dad in the overall equation. The relationship between dads and daughters, particularly during the early adolescent years, can help boost self-esteem in girls and help prevent the development of body image dissatisfaction. A website devoted to dads and daughters ( www.dadsanddaughters.org. 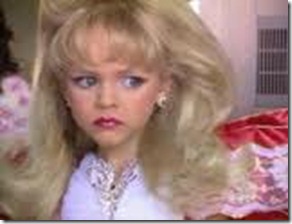 ) outlines ways in which fathers can lend their support.

If you see clothing companies, advertisers, TV, and movie producers encouraging young girls to focus too much on looking “hot,” you can write a letter to express your opinion. There are things we can do about this trend of sexualizing young girls.
Girls face enough challenges in this society, where shock value trumps common sense, without being subjected to it from the moment they can walk.
As It Stands, it’s not too late to reverse this trend of exploitation.