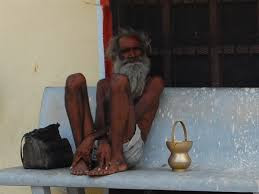 It’s that time again, when we tilt our cups of coffee and cruise through world of headlines. What a wacky world we live in. Watch out that a “grease devil” doesn’t get you!

Panic over nighttime assaults blamed on "grease devils" has struck across rural Sri Lanka, leading to the deaths of at least three people this week, prompting women to stay indoors and men to arm themselves, police and local media said. Historically, a "grease devil" was a thief who wore only underwear and covered his body in grease to make himself difficult to grab if chased. But lately, the "grease devil" has become a nighttime prowler who frightens and attacks women.   photo

If you are angry that someone spoiled the plot of a movie or revealed the ending of a book, don't be.

A new study by researchers from the University of California at San Diego shows spoilers may enhance enjoyment, even for suspense-driven story lines and film plots.

Four months after she was arrested for trying to tear an $80 million Paul Gauguin painting off the wall of the National Gallery of Art, a Virginia woman returned to the museum last week and attacked a Henry Matisse oil, slamming it against the wall three times and damaging the 1919 work’s antique original frame, The Smoking Gun has learned.

According to police, Susan Burns, 53, last Friday afternoon entered the National Gallery and walked over to “The Plumed Hat,” a Matisse oil painting “valued at 2.5 million dollars.” She then “grabbed both sides of the frame holding said painting,” which measures 18 ¾" x 15".

She claimed in court, “I am from the American CIA and I have a radio in my head. I am going to kill you.”

Posted by ImBlogCrazy at 7:35 AM