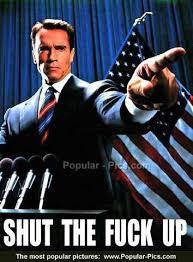 The former California first lady has moved out after 25 years of marriage. Maria Shriver helped bolster Arnold Schwarzenegger's campaign against charges that he groped women during his movie career.

I guess it wasn’t easy living with the Terminator. He could be a cranky bastard when he wanted to. Now that the “Governator” has made his mark on California he’s back to making movies. He’s got one coming out soon according to reports I’ve read.

Meanwhile I’ll eagerly await Maria’s tell-all bio about what it was like living with a barbarian!