Don’t be too quick to judge this scholarship program… 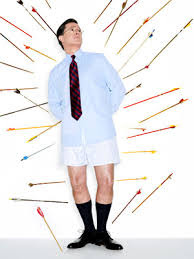 I think this group is reacting to what is becoming an increasing fact; White men are becoming minorities in many states, and yet they don’t enjoy any help from programs that Blacks, Hispanics, and other minorities all receive.

I don’t believe this makes them racists. They’re just responding to reality. Of course, there will always be morons who think all white men are rich or something, and they don’t deserve assistance like the rest. Political correctness gone overboard. If the time comes when whites want to have a White History month, watch who objects. I know it’s popular to blame Whites for every woe in the country today…but I just don’t agree with that stereotype.

“Members of a new Texas association are starting a college scholarship program for a group of students they say do not have as many scholarship options as others -- white men.

Colby Bohannan, a student at Texas State University in San Marcos, and some friends have formed the non-profit Former Majority Association for Equality, which will provide the scholarships. The idea was that there are many scholarships geared toward helping minorities and women attend college, and there are also scholarships for people from certain religions or from certain families. But Bohannan thought his demographic group was missing.

"We know that we're going to be receiving some vicious attacks, from people claiming that we are racists, or promoting some bigotry-filled agenda," Bohannan said on Thursday.

Starting this summer, the association plans to provide as many as five $500 scholarships to deserving white men who have at least a 3.0 grade point average, Bohannan said.

"Our aim is actually just to help students," he said. "We are not trying to jump on any political agenda or bandwagon."

Non-Hispanic whites are, in fact, a minority in the state of Texas. Census numbers released earlier this month show that they make up about 42 percent of the state's population, down from more than half just ten years ago.

To qualify for the group's scholarship, applicants have to be able to prove that they are at least 25 percent Caucasian," Bohannan said.

"We're not looking for blond-haired, blue-eyed, stereotypical white males," he said. "My feeling is that if you can say you're 25 percent Caucasian, you're Caucasian enough for us." Story Source

Posted by ImBlogCrazy at 5:11 PM