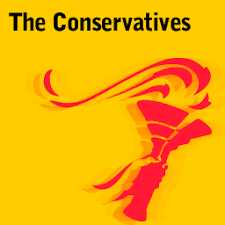 In my quest to show all sides of the political spectrum I discovered this well-written (and thought out) opinion column in the Los Angeles Times.

It’s important not to demonize any political party if you want to be seen as objective and open-minded. The same for ideologies. You don’t have to agree with them, but if you understand where they’re coming from compromise, and hopefully respect, will lead to progress on thorny issues. I’m often accused of leaning left, or even of being an outright Liberal.

While it may have been true once, it no longer describes me. I’d rather be thought of as a Centrist (if I have to be stereotyped). I’d rather not have a label attached at all, but I understand some people’s need to put everyone in some ideological box in order keep their little world orderly. So be it. Meanwhile, I will continue offering you views from ALL SIDES of each controversial issue featured in this blog.

Understand one thing – when it’s my opinion posted here, you’ll have no doubt about it. I’m not shy about sharing my views. Don’t be afraid to comment, as I assure you that you’ll be treated with respect. But, if you act like a complete ass…guess what? I’m going to treat you like one!

Let’s take a look at this piece:

The Pillars of Conservatism

“Of all the mischaracterizations of social conservatives, none is more stubborn and pernicious than the notion (promulgated by liberals and eagerly snatched up by credulous media voices) that groups and politicians that espouse a "values" philosophy seek to impose a draconian moral code on a dissenting populace.” Read whole column

Posted by ImBlogCrazy at 2:03 PM