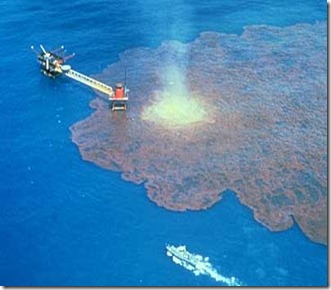 The Deepwater Horizon oil spill may signal the final battle in a war on the fragile ecosystems of the coastal states that was launched decades ago by Big Oil.

Oil companies steadily destroyed the Gulf Coast's ecosystems since the 1950s, when they carved canals through the marsh to make way for drilling rigs and pipelines, according to John Lopez, director of sustainability at the Lake Pontchartrain Basin Foundation.

No one knows exactly how much oil is escaping (estimates keep going up). Last week President Obama said, “We're dealing with a massive and potentially unprecedented environmental disaster.” Environmentally, the spill couldn't have happened at a better time to cause maximum damage to wildlife and the fishing industry.

As if that damage isn't bad enough, even the coastal land is threatened, as the dwindling marsh grasses will be killed by the oil. “The result,” said Michael Parr, vice president of the American Bird Conservancy “could mean the elimination of a natural barrier that keeps Louisiana's coastline from eroding.”

Photos from the Deepwater Horizon oil leak in the gulf

Posted by ImBlogCrazy at 7:48 AM

Dave, I read this in the Times Standard today. Good article.