A race to benefit our future - another to remember our past

Two big car races coming up next year will have something for everyone in America. I’m not talking NASCAR here. These two races represent wildly opposite sides of the experience of owning and driving a car.


The first race, set for April 2009, is a competition to promote fuel-efficient vehicles. It’s a race for Progressive Automobile X Prize and the winners  will drive across America in vehicles that exceed 100 mpg with some strict emissions caps.


The one that finishes with the fastest time, like any race, will be the winner.


This winner will get $10 million dollars. In case you think you can run into your garage and whip up an entry, forget it.

It’s open to big and small car manufacturers. The race is sponsored by the X PRIZE Foundation, an educational non-profit institute whose mission is to promote radical breakthroughs for the benefit of humanity.
Among 70 teams from 12 countries is Tata Motors Limited of the United Kingdom. I recently wrote about their relationship with Motor Development International (MDI), and the production of air cars in India. For more information, Google citycataircar.com , an informative site for the scoop on compressed-air-technology vehicles. This race will have two classes; mainstream and alternative. Tata Motors will probably enter their air car in the mainstream category. You don’t get any cleaner than zero emissions, and that’s what this country really needs.
On the home front, Western Washington University and Hybrid Electric Vehicle Technologies Inc. of Chicago, think they have a winning entry. Canada weighs in with an entry from Motive Industries.
This race is set to start in New York City. The route is booked through 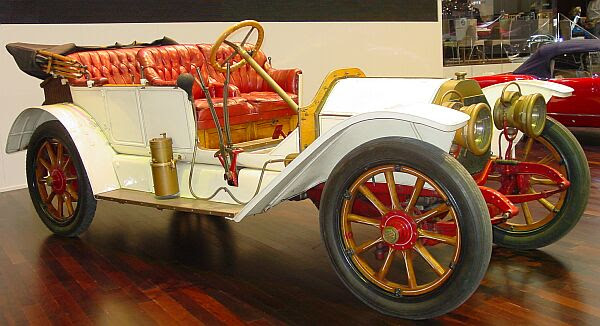 nine major cities and the organizers are still looking for other cities to host stages of this year-long competition. I hope this race may prove that a viable alternative to fossil fuels can be mass produced soon.
Then there’s another race with nothing at stake.
An organization called Great Race Sports has announced that they will hold a re-enactment of the original Great Race of 1908 from New York to Paris.

They were hoping to do it this year, but you’ll never guess what happened. The Chinese government revoked travel permits for foreigners throughout their country after demonstrations in Tibet over the Olympic Torch Run.
So the Great Race won’t have it’s 100-year anniversary re-enactment right on time, but better late than never. When the old gas guzzlers get going next year the destination will be Los Angeles, where they’ll  pay some of the highest gas prices in the country. I don’t know if that will dampen their spirits, but if they can afford to drive those antiques across the country I guess the price of gas isn’t an issue.
The organizers are careful to point out that they will follow the original route, which  ought to be interesting. There have been a few changes in the highway system since 1908. Antique car lovers will swoon when those beauties cruise through their towns.
A funny spoof of this race was a 1965 movie, called appropriately, “The Great Race.” It starred Jack Lemon, Tony Curtis and Natalie Wood, and won four Oscars.
I find the differences between these two races to be ironic, and perhaps a social statement. We still revere our gas guzzlers in spite of the economy and global warming..
Whoever wins the Automotive X Prize, I hope they mass produce their entry for the immediate benefit of the American people. We really need an alternate energy vehicle.
I’m not against having some fun. The Great Race re-enactment promises to entertain car buffs across the nation. However, the X Prize race obviously  has more to offer all of us than  a nostalgic ride in some shiny gas hogs.
Next year I’ll follow the progress of these two wildly different races and if they both actually happen, I’ll share the results with you.
As It Stands, in this competitive world it seems like we’re all in some kind of race.

Posted by ImBlogCrazy at 3:09 PM