You Can Move but You Can't Hide from Climate Changes 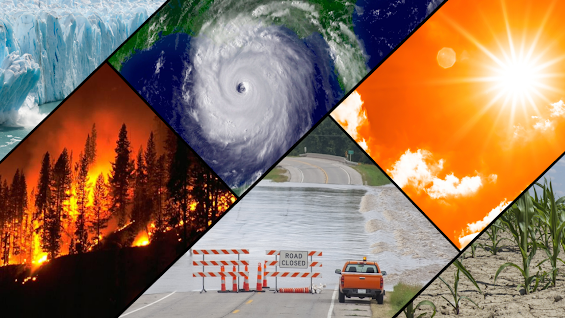 When I was a teenager back in the 60's I lived in Azusa, California. I doubt you ever heard of it. It was just a small city nestled in the San Gabriel Valley.

In those days the smog was so bad that breathing was difficult on some days as it blanketed the area with a dead gray cloak of carbon emissions. I remember my chest aching and eyes watering while playing sports outside.

In what was the one and only time in my life local lawmakers got together and addressed a current climate problem with action by reducing carbon emissions in the state considerably.

Residents who didn't like paying extra taxes for clean air were able to move to other states where the climate was still predictable and livable.

Our reality today is there are no places we can go to escape the historic heat, storms, hurricanes, tornedos and flooding year around. Right now, the west and east coasts are burning up with record-breaking temperatures. Alaska is burning up for cripes sake!

Two years ago, my wife and I had to grab our pets and evacuate the house because an out-of-control fire (the Alameda fire) tore through cities forcing residents to flee.

We live in the city of Medford, in the southern part of Oregon, not a rural area where out-of-control fires have become a regular thing along the west coast.

After that unnerving experience, huddled all night in a car at an evacuation center where everyone was wearing masks because of COVID-19, we thought about moving after owning a house here for six years (at that time in 2020) ... but decided against it.

We wondered "Where would we move too? The whole planet is changing and getting more extreme every year. Trillions of metric tons of ice are breaking away from Antarctica daily. A heat wave has killed over 5,000 people in Europe in the last week.

So, where should we go? My wife and I's answer to that is nowhere. There's no safe haven from mankind's stupidity. All we can do is to hunker down and try to make the best of our circumstances.