Dear America: Why I Believe There's Hope for Democracy During These Chaotic Times 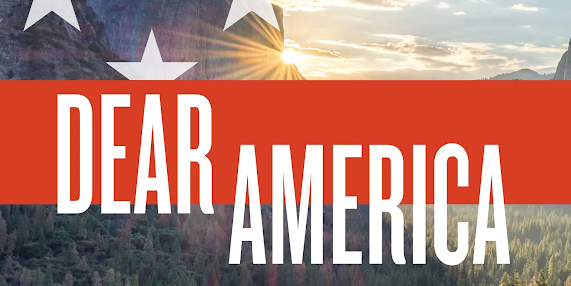 If you knew me, you'd know that I'm no "Pollyanna."

As a journalist I've always dealt with reality regardless of how difficult it was. At times I've had readers even accuse me of being a "Negative Nelly" looking for bad news to report.

The good news today is I firmly believe America is going to pull through the polarized politics and waves of hatred from extremists like the former president.

What do I base my positivity on? Let's take a look at what's happened in the last two years.

Our democracy survived the first ever coup attempt and now Congress and the Department of Justice is holding the criminals involved accountable. Yes, the process is agonizingly slow, but it's actually progressing.

Other positive markers are reflected...

* Sinema says she will 'move forward' on economic bill, putting Biden's agenda on the cusp of Senate approval

The above stories are just a random sampling of what I see as good news for the country.

Beyond that I'm seeing a seismic shift moving forward for democrats in the midterms. Mere months ago, it was a given that the Republicans were going to take the House and possibly the Senate in November.

History was on the GOP's side until the party fractured into two camps, real conservatives and extreme Trump supporters running for office on the Big Lie.

The extreme candidates Trump endorsed in the primaries are one reason I'm optimistic that the democrats are gaining the upper hand. Trump's base is not enough to carry a general election when the rest of America goes to the ballot box.

What's really encouraging is seeing bills being passed despite Biden's low popularity ratings. The House and Senate are in the process of approving the biggest climate change funding package in our history.

The recently passed health bill for veterans is going to go a long way towards improving people's opinion of Biden.

Last year Biden got the biggest infrastructure bill ever passed in the nation's history. I could list other legislative victories for the democrats, but I think you can see my point.

The challenges facing our country are not insurmountable although it seems that way on some days.

America will continue to be the world's leading democracy because we love our freedoms and abhor authoritarian rule.