California Recall Is Facing Another 'Big Lie' By Republicans 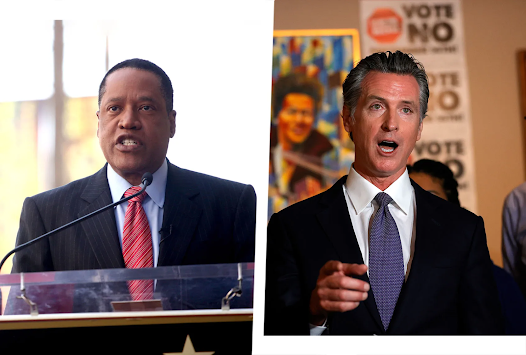 The 2020 Big Lie by Trump is surfacing again in the California recall election on Sept. 14th.

The Big Lie will be a Republican mainstay from here on out in any election. The claims of a "rigged election" in California days before the voting even begins heralds a another chapter of corruption in the GOP.

Like Trump, California politicians are claiming the election will be rigged if they lose it.

For starters; California has nearly twice as many registered Democrats as registered Republicans. Advantage blue.

This fact doesn't even register with right-wing Republicans who are already whining about losing an election that hasn't started yet.

It's important to realize that we now live in the era of the Big Lie. For better or worse, GOP candidates are clinging to the lie in the hope it will get them elected.

Some Republicans have not even bothered to offer a specific explanation for their baseless fraud assertions.

Faux News commentator Tomi Lahren claimed, "The only thing that will save Gavin Newsom is voter fraud. So, as they say, 'stay woke.' Pay attention to the voter fraud going on in California."

Not to be outdone by Faux, Newsmax television host Grant Stinchfield said, "They're going to cheat to win. The mail-in scheme is rigged."

None of this should come as a surprise. Trump and his minions have planted the lie firmly in the minds of their extreme base.

Like the original Big Lie, this latest attempt to steal an election will probably fail. Newsom is well ahead on the most recent polls.

It won't matter however. I fully expect to see the Big Lie take front and center in next years midterms.