The Democrats beef isn't with Republicans per say, but with the Cult of Trump which has effectively castrated the GOP.

The litmus test for Trump supplicants is promoting The Big Lie. That's followed by GOP state lawmakers willing to turn back the results of the 2020 election.

The so-called "audit" in Arizona by a Trump group, and a Trump-loving company, Cyber Ninjas, is a staged event to rally the faithful and make them think there's still a chance to overturn the election results.

Based on a lie, the audit has not conformed to state election rules. The Department of Justice has stepped in to question the methodologies and reasoning for the stunt. 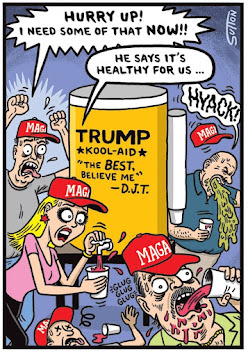 The whole sordid affair is just one example of how Trump's cult is undercutting the foundations of our country by attacking our electoral system.

Then you have hypocritical creeps like Sen. Lindsey Graham who claims the party can't move forward without Trump.

Republican controlled state legislators are busy disenfranchising voters by passing legislation that will make it harder to vote in the 2022 mid terms.

Even the Federal Election Commission has fallen prey to Trump's minions.

Two Trumpies on the board voted against taking action against Trump in the Stormy Daniels hush money payment case. 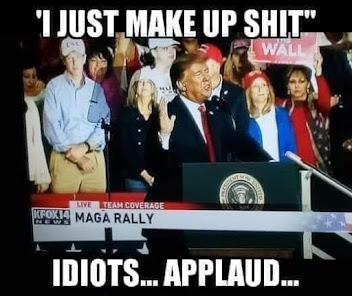 That left the case deadlocked and Trump got away with more corruption to add to his long list of achievements against Democracy.

The irony is Trump's longtime lawyer, Michael Cohen, was convicted of being involved with Trump to silence Daniels with a $130,000 payout. But Trump skipped, despite being referred to as the #2 person in the investigation.

Trump's roots are sinking into states that are controlled by his lackeys. The effect on fair elections, and more, could be devastating in the months and years ahead. 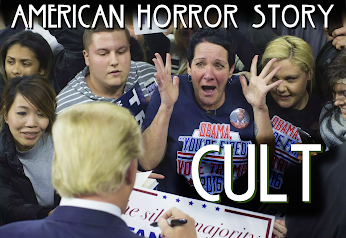 There's never been a bigger threat against the United States of America like the one Trump and his acolytes have brought to the table.

The way to fight back is to tell the truth and fight against all the misinformation Trump followers are feeding to the public.

Our Democracy depends upon it.