Facebook To Announce Whether Trump Can Return To Their Platform 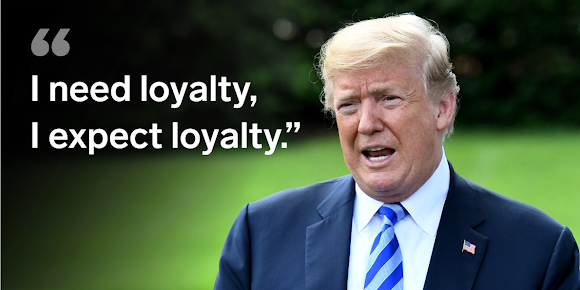 Tomorrow may be a big day for Trump.

It wasn't Trump's favorite attack platform however. That honor was reserved for Twitter (who banned him for life).

Still, it'll open another avenue of attack against our democracy should Facebook decide to let Trump back with his constant lies.

Facebook's own version of the supreme court will deliver its decision on Trump's fate tomorrow morning.

Trump was banned indefinitely from Facebook and Instagram on Jan.7, one day after his supporters attacked the U.S. Capitol in an effort to thwart certification of Joe Biden's electoral victory.

Right now the last thing we need is Trump doubling down on lies on any platform. Before his Facebook account was shuttered he had 35 million followers.

It's interesting to see a private company even considering reaping the whirlwind by allowing the biggest troll on the internet access to their domain.

Unlike Republicans supplicants, Facebook doesn't have to worry about being re-elected and there's no good reason to enable a world class liar.

I'm reasonably sure that Facebook will continue on if it maintains it ban on Don the Con.

The Oversight Board is faced with a decision based on either getting more revenue from Trump minions, or to protect our democracy from the most corrupt president in American history.

Let's hope it's a no-brainer.