Review: Hemingway -The Man and the Myth 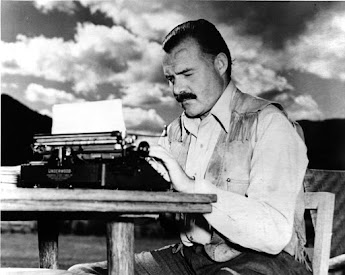 I'm looking forward to a PBS special tomorrow on one of my favorite writers in American literature, Ernest Hemingway.

Critics agree he was one of America's most complicated writers. The three-part documentary film by Ken Burns and Lynn Novick examines one of the greatest and most influential writers America has ever produced.

I remember being transported to exotic places in high school when I read his work. He came across as a courageous adventurer with the ability to tell a story in sharp short sentences

The series features his iconic short stories, and non-fiction. The producers revealed how brilliant, ambitious, charismatic, and complicated Papa Hemingway was.

The viewer is taken on a journey into Hemingway's life. The good, bad, and the ugly.

This documentary offers another generation a look at the myth and the man. I highly recommend everyone to watch the series.