What Does a 'Joker' Spider, a Pigeon, and a Dormouse Have in Common? Unique Stories 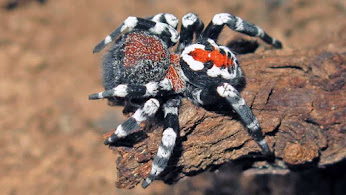 I'm always amazed when scientists keep finding new species amidst the extinction of hundreds of others daily.

A recent example is the discovery of the "Joker" spider. Yup. That Joker. Batman's longtime nemesis (shown above).

The newfound spider wears a striking red-and-white pattern on its back that resembles the Joker's unnerving smile with his white facial makeup. At least that's what the person who named it thought.

Under Not All Pigeons Are Created Equal 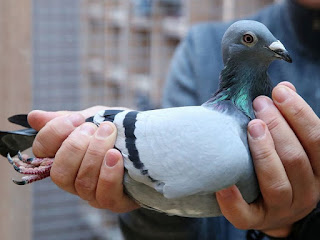 What do you think a pigeon is worth these days?

Recently a Belgian racing pigeon (who knew they raced?) fetched a record price of 1.9 million dollars.

Meet two-year old "New Kim" (Shown above) who set a new world record price at an auction in Knesselare, Belgium on November 15th. 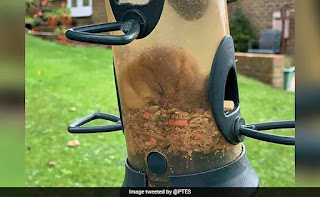 The dormouse that you see crammed into this bird feeder was apparently plumping up for the winter.

He did such a good job that he had to be rescued after becoming so chubby he couldn't escape.

All was well however, when someone eased him out and he waddled to a nearby hedgerow.