Degrees Of Outrage In America 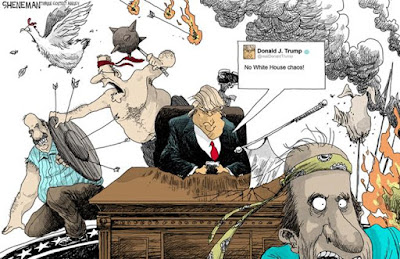 How much can the average American take before they explode in outrage?

What is your breaking point?

The fact that the president of the United States is a known liar?

That our government is in chaos with unqualified people coming and going from the West Wing?

That we could be on the verge of war with Trump's appointment of attack dog John Bolton?

Yet, Trump tried to shut her up with money days before the 2016 election.

That lawyer, Michael Cohen is being sued for defamation in the latest development of this soap opera.

I've lost track of what outrages me the most. Trying to endure the Trump presidency is like getting shock treatments when you least expect it!