Porter Supporters in the WH Are Morally Bankrupt, Just Like Trump 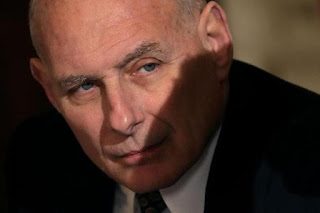 The clock is ticking for White House Chief of Staff, John Kelly.

Unlike his boss Trump, Kelly is going to go down for lying (something Trump does daily) about the whole Porter affair. The facts don't line up with the bullshit being spewed.

The Washington Post and the New York Times have reported that Kelly knew all about Porter's wife-beating past and instead of firing him, Kelly elected to keep him in the White House.

Did Trump want Porter to stay?

If it was just Kelly's decision to allow Porter to work without a security clearance, how long did he think that he could get away with it before someone in the FBI spoke up? He's been on the job for over a year without one.

Meanwhile, how many others in the White House knew about that "bad boy" Porter's past? I'm willing to bet WH staffer Hope Hicks knew all about Porter's former wives for a long time.

After all, they were "dating." That's Washington speak for they were screwing like bunnies. You can't tell me someone as bright as Hicks didn't know the score with Porter's past.

It didn't matter. In the Trump White House anything goes...until someone finally catches up with them...one by one.

Either Porter lied to the FBI about his past (a crime), or his accusers lied to the FBI. The FBI, based upon evidence, believe his former wives accusations of domestic abuse.

If the FBI wouldn't give Porter a security clearance, they had good reason not too.

If Ex-Marine General Kelly is given his marching papers, it's going to be fascinating to see who Trump replaces him with.

I have a sneaky feeling there won't be a long line of applicants for the job. Working directly under Trump can't be appealing, even if you're a sado-masochist.