What a Week! Tax Bill For Wealthy Passes, and UN Stands Up To Trump's Bullying Tactics 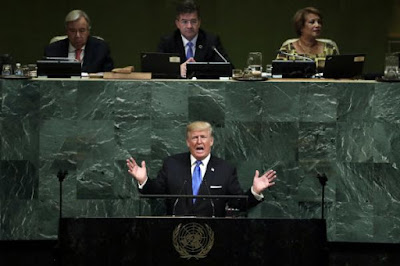 I hope you're not struggling with the holiday blues this year.

A lot of people are depressed after watching our democracy slowly get dismantled during Trump's first year in power.

Fear, Anxiety, and Depression in the Age of Trump

People Are Mourning the US Because Trump Is Our New President

After this week's passage of a Tax Reform Bill for the wealthy, the majority of Americans realize they've been sold out to Wall Street, Trump's billionaire buddies and his family.

As if things haven't been bad enough domestically under the Trump regime, America now finds itself isolated against the world by declaring Jerusalem the capital of Israel.

Trump's stupid move has officially taken the US out of any future peace process in the middle east after the United Nations passed a resolution yesterday to condemn Trump's action on the issue and declare it "null and void."

Despite Trump's threats against the entire United Nations assembled there, the world voted against him. The bully didn't win.

In one swift stroke, Trump has turned the world against America. That's quite an accomplishment for his first year in office.

No wonder most Americans are struggling to enjoy the season this year. This is the winter of our discontent over what's happened to our country, and our world standing.