Trump Threatens World: Countries Put On Notice If They Vote Against Him 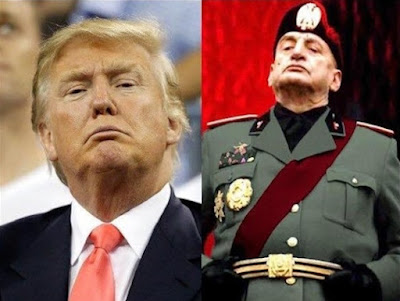 Well...well, it looks like America's first dictator is ready to take on the world after bullying the American people for the last 11 months.

Trump told the US ambassador to the UN, Nikki Haley, to "report back on those countries who voted against us," in an upcoming vote against Trump's decision to recognize Jerusalem as the capitol of Israel.

Haley gave the UN a thinly veiled threat, "As you consider your vote, I want you to know that the President and U.S. take this vote personally."

What's that supposed to mean?

Are we going to make up a world enemy list based upon countries that don't kowtow to Trump's imperialistic demands?

The resolution to be presented today to the General Assembly is brought under a rarely used 1950 resolution called "Uniting for Peace" that has a provision that would give authority to the 193-nation body to act when the Security Council is deadlocked.
The point of both resolutions, negotiators said, is to show that the U.S. stands alone on the Jerusalem recognition.
Halley sent out a warning letter to 180 nations that whoever votes against the US will be noted and dealt with accordingly. A not so thinly veiled threat.
Just in time for the holidays. What a touching tribute to this season of Goodwill To All and Peace on Earth.
Time for me to walk on down the road...
at December 21, 2017