Where Have All The Conservatives Gone? 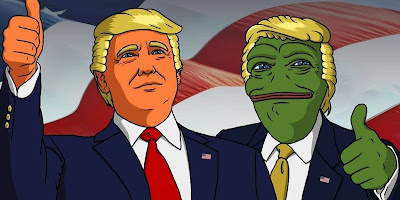 "Where have all the young men gone, long time passing?


- Where Have All The Flowers Gone?

The Republican party has been ransacked and crushed by Donald Trump and the alt right crowd. It's been a epic smackdown for real conservatives who still aren't quite sure what happened.

As the alt-right has grown in the last several years, so have the conferences and organizations that make up its foundations.

American Renaissance began in 1990 in an attempt to popularize many of the pseudo-scientific racist ideas promoted by a few contremporary rogue scientists.

By now it's obvious to Republicans that their nominee for president is a nut case brought to prominance by the alt-right, whose philosophy fits nicely into Trump's stump speeches.

Some are turning to Libertarian Gary Johnson. Most are frozen with indecision; "should they vote for someone, or don't bother voting at all?"

Conservatives are deserting the Republican party in droves. Where they're going is anyones guess.

Time for me to walk on down the road...
Posted by ImBlogCrazy at 6:25 AM