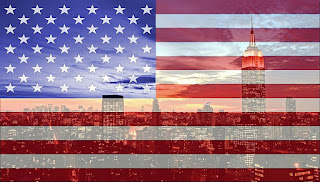 Is America going to hell in a handbasket or does it just seem that way?

Watching and listening to the news and social media outlets is like walking through a minefield of anger. It's a polarizing palable anger that stalks the land like a ravenous beast.

Because it's an election year, fiery rhetoric is stoking that anger to new heights. Presidential candidates claim our world is on the edge of collapsing into chaos

Politics of fear plague our country. Rants about crazed illegal immigrants taking over America, coupled with calls to ban all Muslims from our shores, embrace that anger like deadly lovers.

Contrary to what you've been hearing and seeing, things aren't all that bad in America today. They're not perfect. No society is.

I highly recommend you watch the following series to gain a real perspective on how far this country has come, and how terrible it was.

It'll help you put everything into perspective right now. This free YouTube link is an excellant documentary:


The Great Depression - Episode 1: A Job At Ford's

I ended up watching the whole series and found it both enlightning, and encouraging, to know that we don't live in such bad times after all!
But don't just take my word for it. See what Warren Buffet thinks about the economy here.

People lose jobs in good and bad times. When there is an economic downturn like 2008, that's when the safety net should work its best, to prevent the soup lines that were seen in The Great Depression. I think we are still in a recession (not "officially," I realize)
and that 2008, in terms of ultimate losses, was nearly as considerable as The Great Depression.

I also think we are on the brink of a potential depression because of all the hedging, derivatives and risky gambles Wall Street has made with virtually free money from the unaudited Fed. It could be worse than 2008, but I'm not a doomsdayer. I believe in a world that will ultimately be at peace and a world in which economic justice prevails.

One thing that is very disturbing are the amount of homeless, and homeless who are in need of psychological and addiction services.