Will American Pharoah Run Away With the Belmont? Facts, Odds 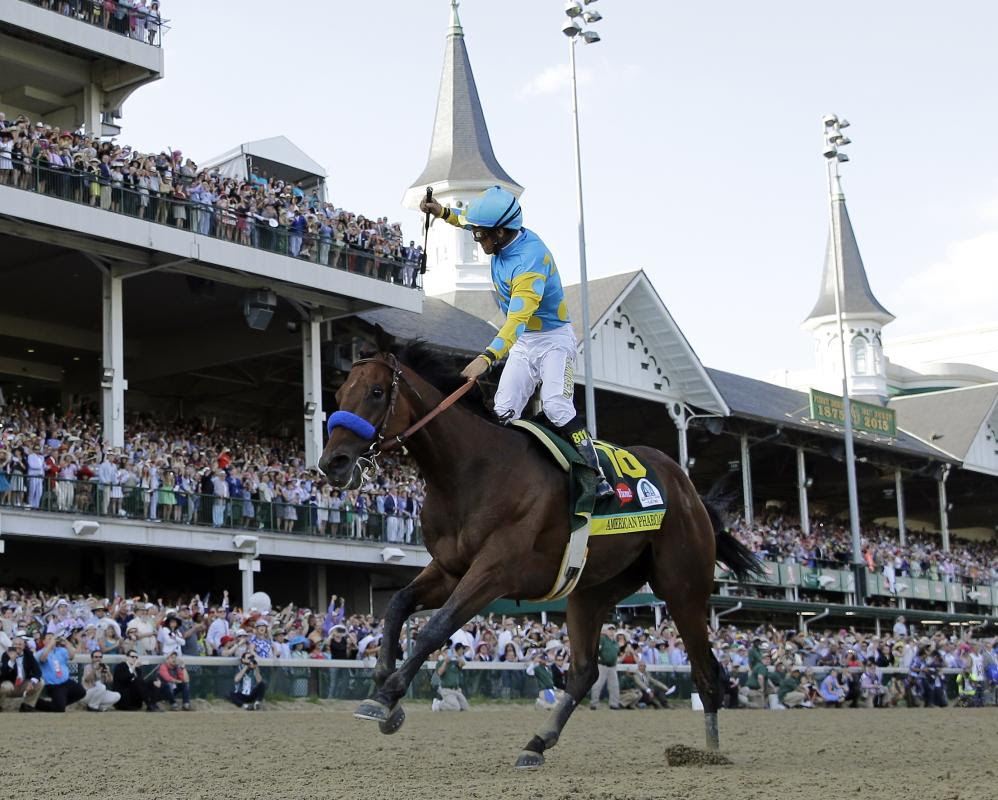 Today is the big day.

Two days ago, American Pharoah, who won the Kentucky Derby and the Preakness Stakes, arrived at Long Island MacArthur Airport, having travelled from Louisville, Kentucky on a Boeing 727 dubbed by the media "Air Horse One"

American Pharoah was given 3-5 morning line odds for the 1-1/2 mile race. Frosted, from the sixth spot, is the second-favorite, at 5-1 odds. Materiality, starting from the eight post, was set at 8-1.

WHAT’S IN A NAME?

American Pharoah's name is inspired by that of his sire, Pioneer of the Nile, and his dam's sire, Yankee Gentleman. The horse's name also acknowledges it’s owners own dual Egyptian-American background.

The misspelling of "Pharaoh" is permanent, but inadvertent, though its origins are murky.

Zayat originally claimed that the spelling was the result of an error by The Jockey Club, but the organization's president stated,

"The name request for the 2012 colt American Pharoah was submitted electronically on January 25, 2014, through The Jockey Club's interactive registration site. Since the name met all of the criteria for naming and was available, it was granted exactly as it was spelled on the digital name application."

American Pharoah made his track debut in a maiden race over six and a half furlongs on the Polytrack surface at Del Mar Racetrack on August 9, 2014. Ridden by Martin Garcia, he started as the 7–5 favorite against eight opponents.

He became unsettled before the race and, after running in second place until the stretch, faded to finish fifth behind Om, Iron Fist, One Lucky Dane, and Calculator, more than nine lengths behind the winner.

He ran in a blinker hood, which appeared to unnerve him, as did the commotion in the saddling paddock. Baffert addressed his anxiety issues by removing the hood and stuffing cotton in the horse's ears for subsequent races.

2) He is bred and owned by Ahmed Zayat of Zayat Stables, LLC, trained by Bob Baffert and ridden in most of his races by Victor Espinoza.

4) Since 1978, 13 horses have entered the Belmont and left unsuccessful. Last year California Chrome finished just outside the money in fourth. Of the 13 attempts, eight finished in the money and four finished in second. The most recent of those was Smarty Jones in 2004, behind Birdstone.