A Serial Molester: The Real Story Wasn’t Told in ‘19 Kids and Counting’ 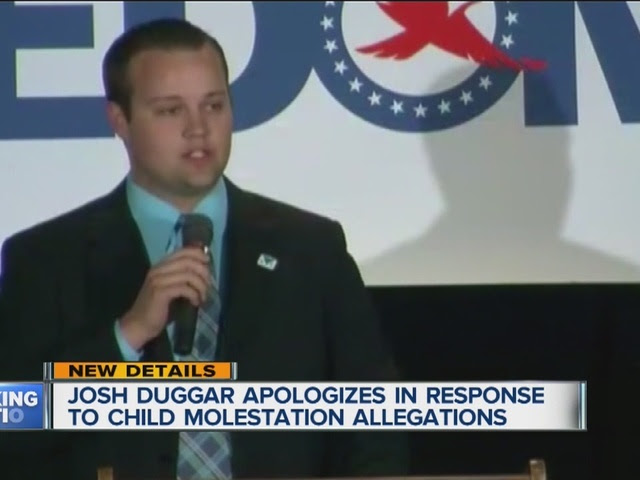 I’ve come to the conclusion that there are several levels of hypocrites.

The worst are so-called religious people who commit vile acts in private while showing the outside world how good they are by going to church and singing hymns.

Jim Bob and Michelle Duggar, whose large, conservative family has been featured on the popular reality television show "19 Kids and Counting, is the latest example of what I’m talking about.

The Duggars told Fox News Channel's "The Kelly File" host Megyn Kelly that their son, Josh Duggar, inappropriately touched four of their daughters and another girl who was not a member of the family in a series of incidents that began in 2002, when he was 14.

After that, the family supposedly sent Josh to a Christian program in Little Rock that emphasized physical work and mentoring. Some sources say however, that he was just sent to a friends house to keep him away from his sisters.

After repeatedly molesting – caught three times – the parents (at the urging of their church) took Josh into the police station. The trooper who took the information – a family friend – didn’t do anything about it. A month later the statute of limitations was exceeded and Josh couldn’t be prosecuted for his actions.

What you have, years later, is a man who never paid a price for molesting his sisters and a family friend. A serial molester who was never caught. What are the odds he repeated his behavior – perhaps with his own three children?

To top that off he was the head of a Christian group. He resigned when his actions were revealed. But if he wasn’t caught, he’d still be there – a serial abuser representing Christianity.

The parents knew what Josh did before signing up for the reality series. The hypocrisy of that is stunning! They were portraying this wonderful Christian family while hiding Josh’s dirty little secret all that time.

Finally, what about the sisters who were molested? They knew their parents pushed it under the rug, and were told to deal with it. What did they feel like watching their serial abuser brother masquerading as a good Christian?

19 Kids and Counting was a so-called reality show, but the real story was not being told.