GOP Presidential Hopefuls: ‘You’re not running against Obama’ and something else you should know 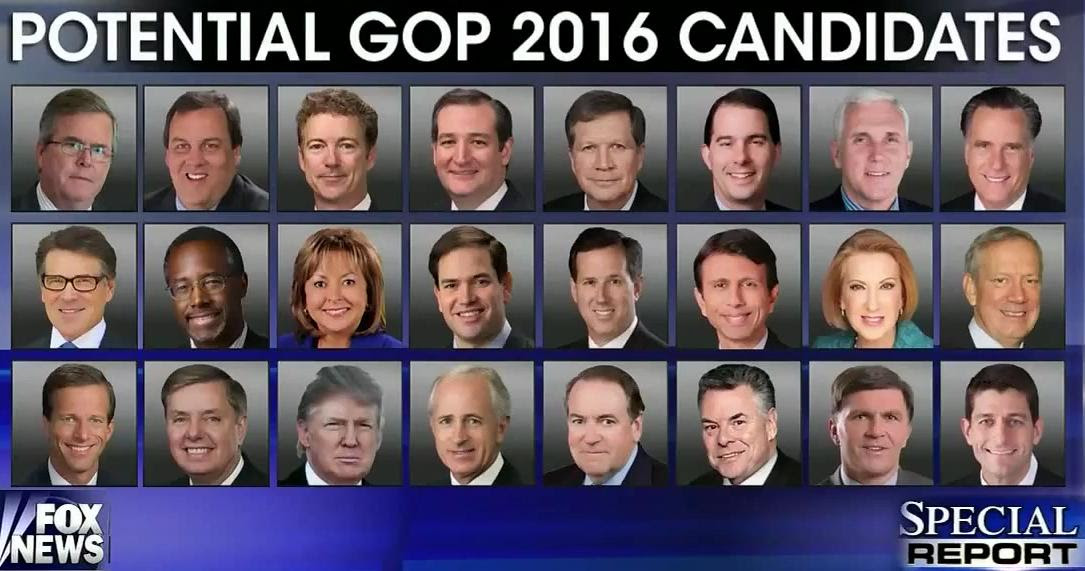 If one of you hope to win your party’s nomination, there’s two things you need to know.

First; stay focused and try to remember that you’re not running against Barak Obama in 2016. Your opponent has yet to be chosen.

I realize that it was a chance to throw out “raw meat” during the recent South Carolina Republican convention when five presidential hopefuls outdid one another in attacking Obama.

The rhetoric — similar to what other potential GOP nominees are saying in early voting states — plays well at GOP venues where Obama is a reviled figure: the audience whooped, hollers and occasionally shouted "Amen" in response to the candidates.

Just remember, the Obama punching bag will eventually give way to real issues (hopefully), which leads us to the…

Second subject: at some point in your campaigns you’re going to have to actually spell out what you stand for, and what you can offer the American public …details…details…details

Most people are feed up with your rhetoric - based upon elitist ideology - and your obvious ties to corporations and king makers like the Koch brothers.

I don’t care who the Democrats put up, they’ll clobber you unless you convince Americans that your not full of hot air, or a corporation puppet, and that you really do have detailed plans to address the many challenges a president faces.

Seems lopsided......Obama continues to 'run' against Bush; and so far I have not heard a single intelligent comment from Hillary. Advice goes both directions in these political factions and parties.

Oh and how soon we forget the name of George Soros............but I guess its okay to destroy America from the left side of the equation.

All opinions seem lopsided when they go against something we believe in.
Whenever someone writes an Op Ed there's someone who isn't going to agree.
Thank God we live in America and can voice our opinions.
Thanks for your comments, and please stop by again.