Rocky: ‘Yo Paulie! I wish you the best!’ 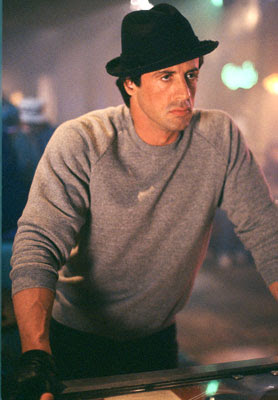 I saw ya on TV yesterday.

Youse looked real good. I heard ya were thinking about running for president of the United States, and now youse gone and done it.

I know I’m jus a dumb boxer, but could ya splain to me what you mean by, "We have come to take our country back"(?)

I unnerstan visions – I get em all the time – so when you say you have a "different vision" for America, I kinda get it. The part about getting our liberty back is kinda confusing – here I thought I was already free – but if you say so, I guess it’s so. 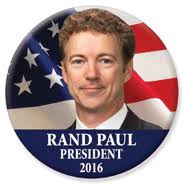 I like what you say about those rich folks get richer, and the poorer folks getting poorer. It’s what I see happening too. You know how I feel about underdogs, so don’t worry about getting my vote Paulie (aka Rand Paul).

I figure you have a better chance at getting the Republication nomination than I had in fighting Apollo Creed.

Folks don’t give you much of a chance, but like Mickey told me, “You're gonna eat lightnin' and you're gonna crap thunder!” against those other presidential wannabes.

It’ll be your biggest fight yet, and even if ya lose, I expect youse to be still standing tall in people’s opinions. Adrian, and I, will always be there for ya Paulie!”