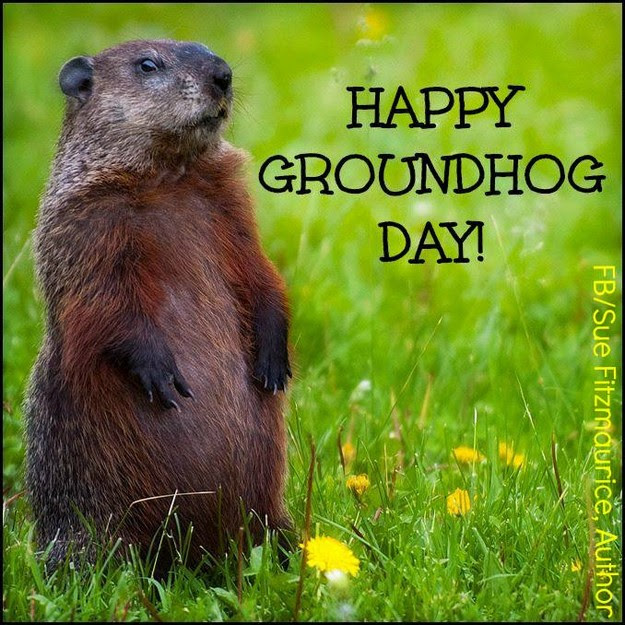 According to folklore, if it is cloudy when a groundhog emerges from its burrow on this day, then spring will come early; if it is sunny, the groundhog will supposedly see its shadow and retreat back into its burrow, and the winter weather will persist for six more weeks.

Modern customs of the holiday involve celebrations where early morning festivals are held to watch the groundhog emerging from its burrow.

In southeastern Pennsylvania, Groundhog Lodges (Grundsow Lodges) celebrate the holiday with fersommlinge, social events in which food is served, speeches are made, and one or more g'spiel (plays or skits) are performed for entertainment.

The Pennsylvania German dialect is the only language spoken at the event, and those who speak English pay a penalty, usually in the form of a nickel, dime, or quarter per word spoken, with the money put into a bowl in the center of the table.

The largest Groundhog Day celebration is held in Punxsutawney, Pennsylvania, with Punxsutawney Phil. Groundhog Day, already a widely recognized and popular tradition, received widespread attention as a result of the 1993 film Groundhog Day.

The celebration, which began as a Pennsylvania German custom in southeastern and central Pennsylvania in the 18th and 19th centuries, has its origins in ancient European weather lore, wherein a badger or sacred bear is the prognosticator as opposed to a groundhog.

It also bears similarities to the Pagan festival of Imbolc (the seasonal turning point of the Celtic calendar, which is celebrated on February 2 and also involves weather prognostication) and to St. Swithun's Day in July 15.