An argument for neutrality: ‘Will America ever stop waging wars?’ 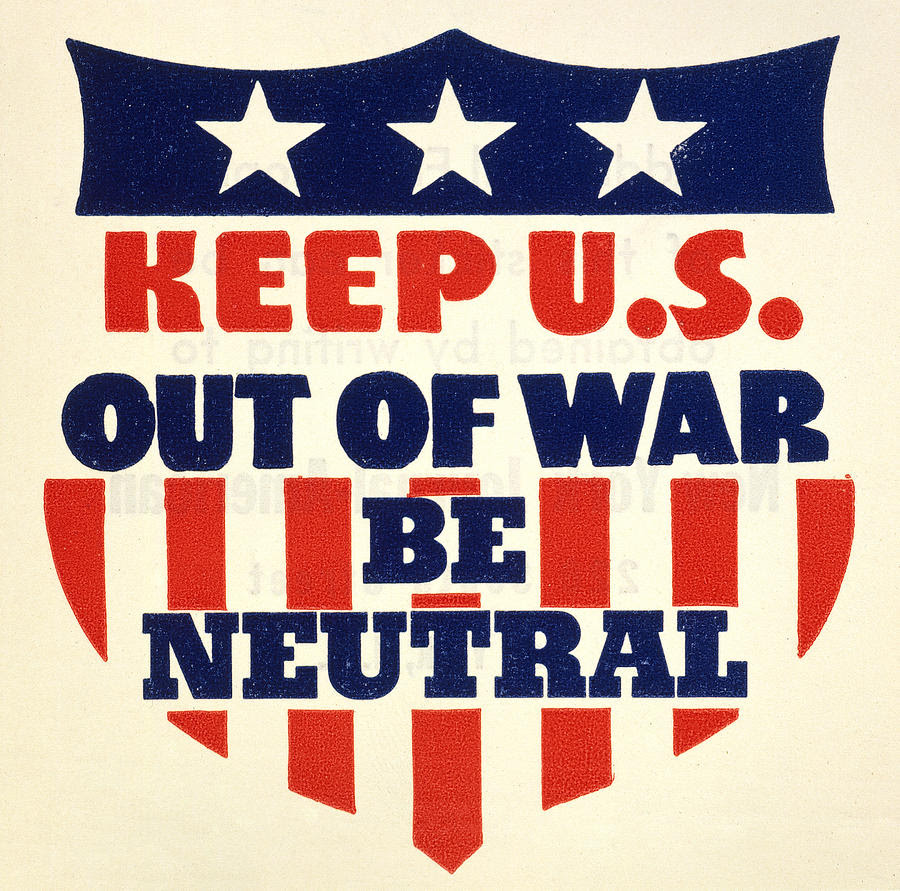 Do you think it’s possible America could withdraw from all the dirty wars it’s involved in across the globe and embrace an isolationist policy?

It’s a possibility – perhaps even a long shot – but if things keep going the way they are anything could happen.

It’s helpful to remember that during the 1930s, the combination of the Great Depression and the memory of tragic losses in World War I contributed to pushing American public opinion and policy toward isolationism.

In essence, isolationists advocated non-involvement in European and Asian conflicts and non-entanglement in international politics. That was then. This is now:

A December Pew Research poll “determined that more than half of Americans now think the United States should mind its own business and let other countries ‘get along the best they can on their own.” 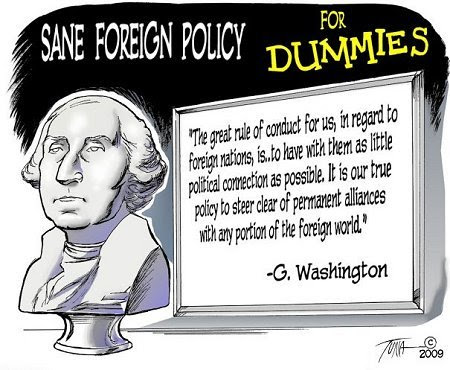 History reminds us that President George Washington once advocated non-involvement in European wars and politics. The “father of our country” knew no good would come from meddling in other countries wars and affairs.

President Woodrow Wilson made a case for U.S. intervention in WWI. He argued that it was in the America’s interest to maintaining a peaceful world order.

All that happened was the American experience in that war served to bolster the arguments of isolationists; they argued that marginal U.S. interests in that conflict did not justify the number of U.S. casualties.

As a combat Vietnam veteran, I can tell you that wars don’t solve anything.

The earth’s map constantly gets rearranged by the emersion of new governments seeking power periodically. Like addicts, the American hawks keep us mainlined int

o the global war machine …which in turn feeds the international (and U.S.) weapon and ammunition manufacturers.

It’s no secret that these corporations have no conscience.

Even though I’m encouraged that more Americans are waking up to the fact that we need to mind our own business, I know it’s going to take a much higher percentage (like 90%) to even bring our government to the negotiating table.

Our gun culture, the NRA, weapons and ammunition manufacturers, and hawks in Congress are responsible for waging war worldwide. It’s profitable. How can that be changed?

Will the day come that the majority of Americans say “no more wars?”

Sadly, I don’t think so.