“There are reasons why people say cats have nine lives.

I suspect the phrase originated because cats have a surprising ability to survive adversity. Just about every cat owner has a story about how their feline got into trouble and survived.

Why nine lives, you ask? I wondered too so I did a little research and found University of Winnipeg English professor Mark Morton who offers possibilities for picking the number nine:

“First, it’s pretty clear it would have to be one of the many numbers that has traditional significance in Western culture, of which nine is among the most resonant.

“While seven, for example, is almost always positive and 13 is almost always negative, nine can have both positive and negative connotations: for example, cloud nine versus the nine rivers of hell. I think this may reflect our ambivalent cultural attitude toward the cat. Assonance often plays a role in such idioms. In this case, the long ‘i’ in both nine and lives functions as a near rhyme, as is even more clear in ‘a stitch in time saves nine.’” 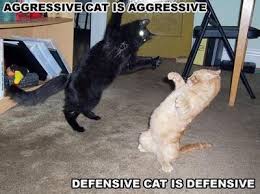 I as raised with cats. At a very early age my mother made me go under the house to “rescue” our cat Tiger, an enormous orange tabby with an attitude, when he was fighting with another feline.This happened more times than I care to think about.

I remember their glowing eyes and high pitched screeches practically paralyzed me as I crawled around trying to “rescue” that red devil!

Did I mention that Tiger and I weren’t on the best of terms? He once ate my pet bird; a rescued sparrow I named Sammy. Memories of tossing rocks at fighting felines and hoping they’d cease combat, in the moist darkness below my parent’s house, still send shivers down my spine.

Don’t get me wrong. I love cats and have had a few, during 36 years of marriage, that were really special. Asia, a Siamese, was our family favorite. He lived 19 years before we had to put him down because he couldn’t walk or see. Talk about a survivor. 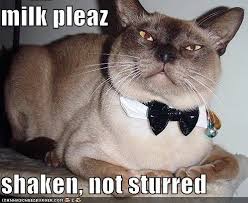 When we lived in 29 Palms, Asia was attacked by a pack of coyotes. Somehow, he got outside when we went to bed (we were always careful to make sure he was inside as we knew coyotes were plentiful) and ran into a vicious pack of nocturnal desert predators.

My wife woke up when she heard “yipping” sounds outside our bedroom. She glanced out the window, opened the closet and grabbed my shotgun - sans ammo - because she couldn’t reach high enough to get it, and charged outside screaming at the top of her lungs. I followed.

The coyotes were playing a game of hot potato with Asia. They were so startled they dropped him and ran away. We gently picked him up (he was in shock), and ran the to the local veterinarian’s house and woke him up. He put in more than one hundred stitches and told us it didn’t look good for Asia.

We took Asia home, and after a couple of days he started eating and drinking again. One life less, he recovered and moved on. There was another situation, while we lived in La Quinta (another happy hunting ground for coyotes), when Asia got out and disappeared for several days.

I, my wife and our three sons, were heartbroken and gave him up as a goner. Then one night at 3:00 a.m. my wife heard a scratching and familiar meow. She got up and let Asia in, none the worse for wear. Her happy voice greeting Asia woke the rest of us and we all danced around the house like idiots! 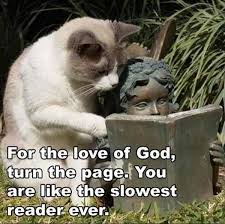 Asia was our last cat. As much as we loved him and his feline predecessors, my wife and I decided we were tired of cleaning up a cat box (the one big negative about having a cat). The kids were gone and it was just the two of us.

About a year later we got a Pug puppy. That’s all she wrote. We’re on our third Pug and wouldn’t think of having any other pet. She brings the benefit of doing her “business” outside, and of being a great companion.

As we all know, cats are pretty independent. Dogs tend to be better companions because they simply adore us and don’t want to be separated from us.

As It Stands, I still have a lot of respect for cats and can relate to their built-in ability to survive in tough situations.”

(This column originally appeared on April 24, 2013, in the Times-Standard (Eureka) newspaper)