They didn’t kick these cans down the road! Couple finds $10 million in gold coin cache in rusty cans I’m a treasure-hunter whose yet to find any.

But I do enjoy reading stories about people luckier than I am. It can be about sunken treasure or buried treasure, as long as it’s a hoard of gold and gemstones.

This recent story grabbed my attention. It might interest you too:

“A $10 million gold-coin cache dug out of the ground by a California couple who noticed a rusty can while walking their dog went on public display for the first time at a currency show in Atlanta on Thursday.

The hoard, which includes a single Double Eagle valued at around $1 million itself, was clearly the main attraction as the National Money Show opened for a three-day run.

A small chunk of the change was shown at the booth for Kagin's, the dealer the owners contacted after they stumbled upon the buried treasure — a total of 1,427 coins minted between 1847 and 1894 — a year ago.

The couple have declined to be fully identified — fearing an influx of prospectors on their property — but in an interview published on the Kagin's website, the husband said he spotted the edge of an old can on a part of his property they call Saddle Ridge.

"John used a stick to dig u 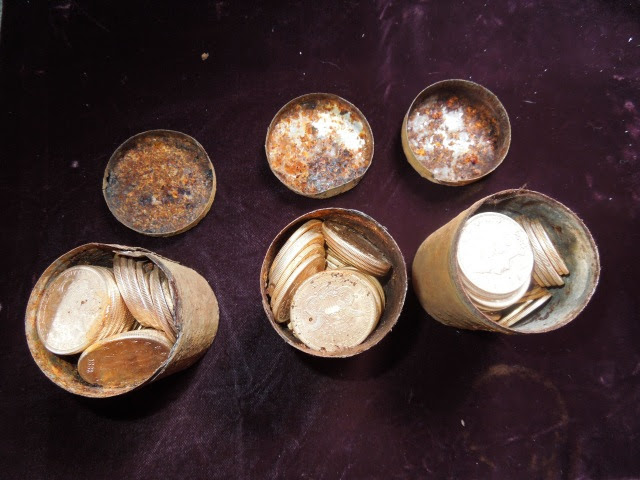 p the first can," said the wife, who gave her name only as Mary. "We took it back to the house. It was very heavy."

The lid cracked off and exposed the rib of a coin.

"I knew what I was looking at immediately," John said. He didn't think his wife would believe it.

"When I told her, the look of bewilderment — her mouth was so wide open flies could have flown in and out several times," he said.

They went back to the site and dug up more cans.

"It was very hard to believe at first. I thought any second an old miner with a mule was going to appear." the husband said.

They looked up the coins on the Internet and then stashed them in the safest place hey could think of.

"I dug a hole under the wood pile and got a slab of green board to cover it, put the coins in plastic bags, then put them in a box inside an old ice chest and buried them," John said.

"The old-timers had it right. It’s safer than in a bank!"

The couple plans to sell most of the coins, which have a face value of about $30,000 but are estimated to be worth at least $10 million to collectors.

They said they've been having some financial problems and are thrilled they will be able to hold onto their land, donate to charity and enjoy life free of money worries.

Even though they had walked past the coins many times over the years without realizing they were there, they believe there was a clue right before their eyes: an oddly angled rock up on a hill exactly 10 paces away by the light of the North Star.

What they don't know is who buried the coins.” (via NBC News)