I’m going to step away from this blog for a couple of days and will see you again on Saturday April 6th.

Meanwhile, please feel free to explore, and if your interested in reading a free novella by yours truly – Rafter’s Redemption – look for the link (with photo) on the right side of this page.

Todays topic: drug warriors looking to impose a new draconian law based upon no scientific evidence. The ignorance behind this proposal is exposed in the following article:

“In the face of growing public support for marijuana legalization, drug warriors are seeking to tighten the screws on consumers by imposing new and tougher drug testing rules that have nothing to do with safety or impairment.

In Sacramento Sen. Lou Correa is sponsoring a "zero tolerance" drug DUI bill (SB 289) that would outlaw driving by anyone with traces of marijuana or other drugs in their blood. Because marijuana's active component, THC, is typically detectable in the blood for hours or days after any impairment has faded, the bill would effectively criminalize thousands of non-impaired drivers as DUI. Tell Your California State Senator to Say No to SB289.

The scientific facts and fallacies about drug testing are explained in California NORML's newly published booklet, "California NORML Guide to Drug Testing," available through www.canorml.org. The guide covers the reliability and sensitivity of different kinds of tests, their relevance to impairment and performance, how to deal with abusive testing, and drug testing's capricious and discriminatory impact on consumers, medical and otherwise. Order the Drug Testing Guide(contact CalNORML for information on review or multiple copies.) 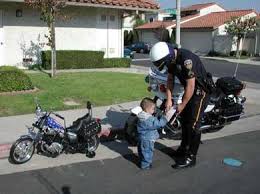 Unlike the alcohol breathalzyer, chemical tests for marijuana have no clear relation to impairment or safety. Blood tests for THC, unlike alcohol, do not measure the actual dosage consumed or active in the body. Instead, they reflect recency of use, spiking to high levels immediately after smoking regardless of actual dosage, then tailing off to low levels that can nonetheless be detectable for days after last use. "In effect, SB 289 is equivalent to calling drivers DUI if they've had had a glass of beer or wine in the past few hours, or left an empty bottle in their trash," says Cal NORML director Dale Gieringer.

Accident studies have found that drivers who test positive for marijuana often show no signs of impairment, and in some instances even may drive more safely. Regular users, such as most medical marijuana patients, often develop tolerance and may drive safely despite having high levels of marijuana in their system.

The U.S National Highway Traffic Safety Administration calls it "inadvisable to try and predict effects based on blood THC concentrations alone," noting that "concentrations of parent drug and metabolite are very dependent on pattern of use as well as dose." [NHTSA 2013].

Advocates of "zero tolerance" DUI laws have sought to stir up public fears of increased marijuana accidents on the road. Such fears are belied by accident statistics, which show that highway safety has improved steadily over the years even while access to marijuana has expanded. In California, highway fatality rates have posted record lows in recent years, and DUI arrests have likewise been on the decline. Studies have found no evidence that strict per se DUI drug testing limits have any impact on highway safety.

Neither is there any good evidence that drug testing is needed to protect workplace safety or productivity. Unlike other medical devices and drugs, which are required to be proven as "safe and effective" in extensive, rigorously controlled, double-blind studies, no such studies have ever been conducted in the case of drug testing. Ironically, while the federal government continues to ban Americans from using marijuana for medicine on the grounds it isn't FDA approved, it is forcing them to submit to drug tests that have never been FDA tested as safe or effective for improving safety or productivity.

"Americans need to stand up for personal privacy and freedom from drug testing," says Gieringer. "In no other nation is drug testing so widely abused. Drug testing is a scientifically unproven technology that impinges on the privacy of millions of Americans. If Americans are seriously worried about drug impairment, they should consider performance tests that measure actual impairment."