Good Day World! Hardly a day goes by without dangerous people running from authorities and posing a threat to the general public. That is the state of America today. There’s no ignoring it; we are engulfed with violence. 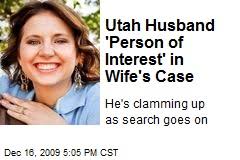 Awash in a sea of guns and crazy individuals bent on violent vendettas. Here are some examples for today:

Three people are dead near Salt Lake City after a shooting on Tuesday morning, police told local NBC affiliate KSL. A fourth individual was taken to the hospital and considered to be in critical condition after the shooting. Police hunted for David Fresques, 25, after the shooting at a home in the city of Midvale. The shootings were reported at 8:06 a.m., according to Salt Lake City's Deseret News.

Police are looking for Alberto Morales, 42.

Prisoner on the run after stabbing Florida officer outside Walmart

Authorities are searching for an escaped prisoner who stabbed a Miami-Dade officer outside a Texas Walmart as the suspect was being transported to Miami from Nevada.

Alberto Morales, 42, was being transported by two officers from Las Vegas for a court appearance when they stopped at the store in Grapevine, just outside of Dallas, around 11 p.m.

Ex-LAPD officer accused of killings thought to have fled to Mexico
Cop killer eludes authorities who think he went south of the border.

Former Los Angeles Police Department officer Christopher Dorner -- the suspect in three killings that have targeted law enforcement and the subject of a continuing manhunt -- was suspected last week of fleeing to Mexico, according to a federal court document.

The criminal complaint filed in federal court on Feb. 7 charges Dorner with fleeing to avoid prosecution. It states that there was reason to believe he had crossed the border into Mexico. An affidavit included in the complaint (pdf) was written by U.S. Marshals Service Inspector Craig McClusky the same day that the search for Dorner led to his burned out truck in the mountain resort of Big Bear.