AS IT STANDS: ‘Sorry Santa: I’ve got a last minute Christmas list for you’ 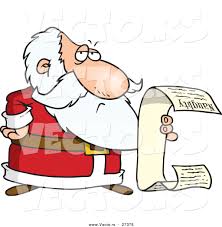 Dear Santa;
With only two days to go before Christmas …

I hate to hit you with this long list of wishes but I’ve been too busy to get them to you until now. I know. You’re pretty busy yourself.  If it helps, the wishes aren’t just for me.

They’re also for other people:
I wish some company would buy the now defunct Hostess brand and continue turning out Twinkies and Ding Dongs for future generations of junk food addicts. While you’re at it, could you help American manufacturers provide more good paying jobs next year?
I wish I had a new right ear. Full stereo. As you know, the darn thing quit working years ago after numerous surgeries. Listen, the ear doesn’t even have to match. My ears are already uneven and I wear hats a lot.
I wish you could explain to me why a guy doing a dance number called “Gangnam Style” that looks like someone riding a horse is the most viewed video in YouTube history? 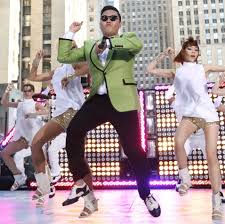 I wish you’d put some coal in Donald Trump’s stocking for being such a moron this year. He’s really outdone himself. Wait a minute! Make that a notice the IRS is investigating him. If he gets coal he’ll think it’s a good sign!
I wish the LA Lakers would finally jell as a team and win a championship this season. At least get them into the Finals.
I wish books weren’t becoming a thing of the past. Would you leave me a few good ones? I like mysteries, biographies, and history. I’ll add them to my collection.
I wish newspapers wouldn’t disappear. The ink is on the wall and printed editions are slipping into journalistic history as I write this column. If there’s some way you can preserve them, I’ll be glad to do you a favor - like help pull your sled if one of the reindeers get’s the flu on Christmas Eve!
I wish someone would come up with a canned chili that didn’t taste like dog food.
I wish the federal government’s War on Drugs would cease.
I wish some reality show would offer to professionally landscape my backyard for free. I’d gladly promote the series for the rest of my life or the rest of its run. Whichever comes first.
I wish writers would stop churning out top 10 lists on everything from bathroom designs to car elevators because they do well on Twitter feeds.

I wish you would find homes for all the people who lost their homes when Hurricane Sandy struck. While you’re finding homes, could you just go ahead and include all the people in this country who don’t have a home?
I wish my five year-old granddaughter would get whatever she asked you for this year. She’s really been a good girl and believes in you. That goes for my four older grandsons. They might be past believing in Santa Claus, but they’ve been good this year.
I wish you’d bring me a steering wheel cover that doesn’t smell like rubber. My wife hates the smell so we’re using the factory steering wheel unadorned. The dang thing is cold in the morning. There must be some alternative and I trust you’ll find it.
I wish you’d whisper some sense into the ears of drivers who text or use hand-held phones. It doesn’t look like any amount of laws and fines are makes a difference and the death tolls keeps going up. It’s especially poignant this time of year. 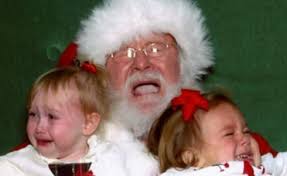 I wish those Mall Santas weren’t so terrifying to little kids. I’ve watched children throw up, urinate, and scream so loud my one good ear throbbed for hours afterward! These guys are your representatives, so if there’s anything they can do to be less scary, would you tell them?
I wish every man, woman, and child in America would have the opportunity to enjoy a great Christmas dinner and family gathering.
I wish I’d wake up Christmas morning and hear an announcement on the radio, “All Americans troops are coming home before next Christmas. That’s all American troops. No support troops are being left behind.”
I wish every member of Congress would be visited by ghosts of Christmas past, who’d take them on tours of prior Congresses that worked together and actually served the American people.
I wish for Peace on earth!
As It Stands, may you have a Merry Christmas!

Thank you for restating my befief in the spirit of Santa. You're right about the Mall Santa's, we went to our Eureka Mall, the young one's cried the whole time.

Our Homeless veterans, and others shouldn't be on the streets at all.