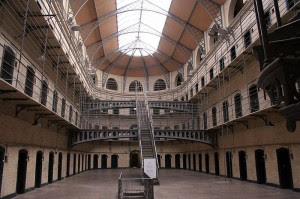 Today we’re going to take a look at why we have become a police state.

I don’t mean to offend anyone, but when you consider the following things that are happening, the term “police state” seems appropriate.

The following opinion piece is from the blog, “The American Dream.” You might want to take a moment and read it through. There’s some very valid points discussed. Knowledge is power, and if you understand what’s happening in our country, you’ll have a better idea of what to do about it.

“If you live in the United States of America, you live in a giant prison where liberty and freedom are slowly being strangled to death.

In this country, the control freaks that run things are obsessed with watching, tracking, monitoring and recording virtually everything that we do.  Nothing is private anymore.  Everything that you do on the Internet is being monitored.  All of your phone calls are being monitored.  In fact, if law enforcement authorities suspect that you have done something wrong, they will use your cell phone microphone to listen to you even when you think your cell phone is turned off.

In many areas of the country, when you get into your car automated license plate readers track you wherever you go, and in many major cities when you are walking on the streets a vast network of security cameras and "smart street lights" are constantly watching you and listening to whatever you say.

The TSA is setting up "internal checkpoints" all over the nation, Homeland Security is encouraging all of us to report any "suspicious activity" that our neighbors are involved in and the federal government is rapidly developing "pre-crime" technology that will flag us as "potential terrorists" if we display any signs of nervousness.

If you are flagged as a "potential terrorist", the U.S. military can arrest you and detain you for the rest of your life without ever having to charge you with anything.  Yes, the United States of America is rapidly being turned into a "Big Brother" prison grid, and most Americans are happily going along with it.

The sad thing is that this used to be "the land of the free and the home of the brave". So what in the world happened? A fundamental shift in our culture has taken place.  The American people have eagerly given up huge chunks of liberty and freedom in exchange for vague promises of increased security. 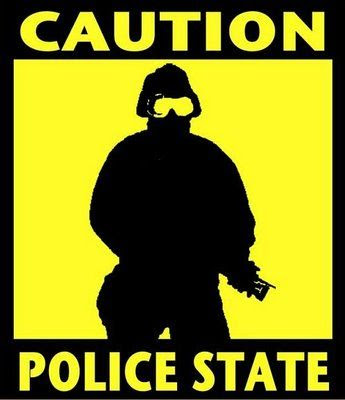 But instead, the government keeps taking away all of our liberties and our freedoms. How in the world does that make any sense? Have the terrorists won? As a country, we have moved so far in the direction of communist China, the USSR and Nazi Germany that it is almost impossible to believe.

Yes, turning the United States of America into a giant prison may make us all slightly safer, but what kind of life is this? Do we want to be dead while we are still alive? Is this the price that we want to pay in order to feel slightly safer? Where are the millions of Americans that still yearn to breathe free air?

America is supposed to be a land teeming with people thirsting for independence.  For example, "Live Free or Die" is supposedly the official motto of the state of New Hampshire. But instead, the motto of most Americans seems to be "live scared and die cowering".

We don't have to live like this. Yes, bad things are always going to happen.  No amount of security is ever going to be able to keep us 100% safe. We need to remember that a very high price was paid for our liberty and we should not give it up so easily. As one very famous American once said, when we give up liberty for security we deserve neither.”

The following are 30 signs that the United States of America is being turned into a giant prison....

#1 A new bill that is going through the U.S. Senate would allow the U.S. military to arrest American citizens and hold them indefinitely without trial.  This new law was recently discussed in an article posted on the website of the New American....

In what may be a tale too bizarre to be believed by millions of Americans, the U.S. Senate appears ready to pass a bill that will designate the entire earth, including the United States and its territories, one all-encompassing “battlefield” in the global “war on terror” and authorize the detention of Americans suspected of terrorist ties indefinitely and without trial or even charges being filed that would necessitate a trial.

U.S. Senator Lindsey Graham is a big supporter of the bill, and he says that it would "basically say in law for the first time that the homeland is part of the battlefield".

According to the PPJ Gazette, the following are three things that this new law would do....

1)  Explicitly authorize the federal government to indefinitely imprison without charge or trial American citizens and others picked up inside and outside the United States;

(2)  Mandate military detention of some civilians who would otherwise be outside of military control, including civilians picked up within the United States itself; and

#2 U.S. Senator Joe Lieberman is asking Google to install a "terrorist button" on all Blogger.com blogs so that readers can easily flag "terrorist content" for authorities.        GO HERE TO READ THE REST