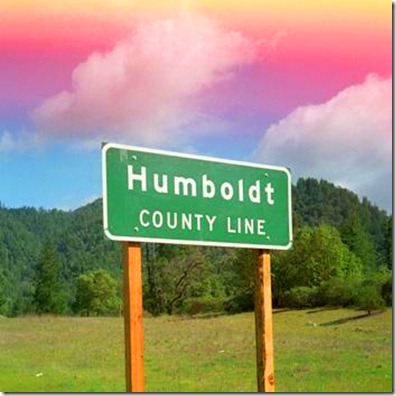 I was talking with my eldest son Richard the other day when he brought up what happened to some friends of his – Raymond and Loretta (last name withheld for privacy reasons) recently.

They were ordered to move out of their apartment because the Yurok Indian Housing Authority had purchased the apartment complex and they were non-Indians, thus not eligible to stay. Mind you, this is off-reservation; in McKinleyville. The apartment complex is located on Chance Lane.

Somehow that doesn’t seem right to me. Low income non-Native Americans have to relocate to accommodate low income Native Americans. American taxpayers are getting screwed again because they’re footing the bill for this nonsense.

What’s happening on the Yurok reservation? Rents too high? Not enough apartments? Both possibilities, but I don’t think that’s the case. This is an opportunity for the Yurok tribe to buy land and make money outside of the reservation. It’s that simple. We do live in a capitalistic system where money opens all doors.

Nothing illegal has happened. It’s all explained here:

“Native American Housing Assistance and Self Determination Act of 1996 (NAHASDA) reorganized the system of housing assistance provided to Native Americans through the Department of Housing and Urban Development by eliminating several separate programs of assistance and replacing them with a block grant program. The two programs authorized for Indian tribes under NAHASDA are the Indian Housing Block Grant (IHBG) which is a formula based grant program and Title VI Loan Guarantee which provides financing guarantees to Indian tribes for private market loans to develop affordable housing. Regulations are published at 24 CFR Part 1000.

All the explanations above show legal ground for the Yurok Indian Housing Authorities’ takeover of non-Indian housing outside their reservation for profit.

My son’s friends are receiving assistance in this forced relocation (that’s what it is) and were given a Relocation Advisory Package. It offers monetary help for moving expenses and attempts to put the displaced occupants into a similar situation.

Posted by ImBlogCrazy at 1:23 PM

yes, this seems to be wrong in that the tenants had to move, but they re being provided with housing as you state, yes? Also, comparing the Tribe Housing program through HUD, and other housing seems unfair. They operate under similar regulations, but different. You point out a practice that could be handled differently for sure.

Your opinion is hardly balanced and is riddled with emotional knee jerk reactions that stretch to push buttons for everyone who "Hates Wasted Tax Dollars" e.i. everyone. It's not for profit that the tribe has taken this action I guarantee you that..., How about this,.. no treaties with Indian tribes "recognized as Sovereigns by the Constitution" have been honored in California to establish large land base reservations in Califronia,.. Know why? At least 16 were negotiated... non were ratified.,, now why does what happens over 100 years ago matter today.... Even the Yurok Tribal land holdings are small as compared to tribes in the midwest.., less land... more scattered membership... but no less of a need to provide basic essential housing opportunities to your tribal citizens.. hence the acquisition of off reservation housing developments to try and compensate for the miniscule tribal land holdings, and the necessity for tribal members to live off reservation to make ends meet, but who still want to still stay connected to their roots.... You need to think before you rant. You know nothing of the tribal plights we face in California, only that no matter what Indians do or are connected with, its bad... that's how people like you think..

People like me look at current facts.
Sorry about what California and the government did 100 years ago, but right now this program seems senseless.
People like me aren't interested into getting into silly arguements about what happened 100 years ago.
You can take that chip on your shoulder somewhere else. I'm not into profiling people like you apparently are.