As It Stands: A tribute to single custodial fathers 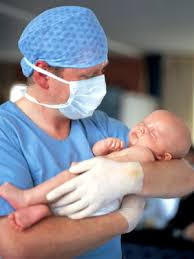 By Dave Stancliff/For The Times-Standard
A brand new baby’s startled cry. In that instant, I became a father back in 1975. Two more sons followed; one in 1977, and the last in 1980. Their births motivated me to use my GI Bill and go back to college because I wanted to be able to provide them with good lives.
You’ve probably heard the same general story from other dads. It’s not an uncommon happenstance. I had plenty of help raising my sons. My wife is one of the most nurturing and loving humans in the world and we made a good team.
I shudder to think what it would have been like to raise my sons alone. I’ve asked myself, “Would I be patient, compassionate, and loving at all times while raising three boys?” It’s a tough situation for any dad.
According to the latest single parent statistics reported in Unmarried and Single Americans Week Sept. 18-24, 2011: there were 11.7 million single parents living with their children in 2010. Of those repo 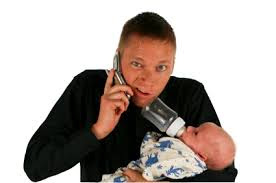 rted, 1.8 million were custodial single dads. 3.4% of American children live with their father only, and 4.1% of American children live with neither parent.
Obviously the majority of single parents are moms. If this was Mother’s Day I would talk about them. Since it’s Father’s Day I’d like to hold single custodial dads up to the limelight and say, “Good job guys!” It’s not a perfect world, and anyone man enough to raise children alone should be commended.
The media doesn’t talk about you single dads too often. You don’t quite fit into the politically correct category and it’s awkward singing your praises. With such a small percentage of single custodial dads in this country we don’t read about your challenges as often as we do single moms’ challenges.
I’d like to share with you single custodial dads the origin of Father’s Day. It seems fitting. A woman named Sonora Dodd wished to honor her father, a Civil War veteran who raised six children alone after his wife died in childbirth.

In 1910, she and others celebrated the first informal Father's Day in Spokane, Washington, and the movement quickly spread across the country.
The holiday didn't become nationally recognized until 1966, when President Lyndon Johnson declared that the third Sunday in June would be national Father's Day.
You single custodial dads may be a minority in our society, but you represent the very best in men by displaying the courage and love it takes to raise children alone. The challenges you face are different from those faced by single moms.’
The single father must make sure each child feels that he or she belongs in the family. If the father has a daughter, he must avoid doing only things that interest men and boys. Both boys and girls like animals, so going to a zoo is one option. Like I said, being a single father has unique challenges.
A dad can be a good role model for both daughters and sons. The bottom line is 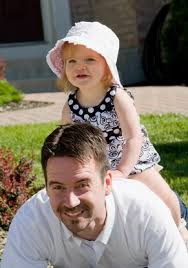 men are capable of raising children alone. Most choose not to. For those who do, this day is for you, and all the other dads. Accepting responsibility is a manly thing to do. I don’t question why someone is a single dad. That’s none of my business.
Let’s be honest, becoming a dad is easy, but being a good dad is the most challenging thing any man can do. I also believe that, unlike when I was growing up, being a single dad in this society is not shameful,  but can actually be an empowering experience. The ability to adapt and thrive is a positive thing. Single dads need all the help they can get.
Here’s one website ( http://www.singlefather.com ) that offers an informative article for adjusting to life as a single father.
Many thanks to all you married and single dads (custodial or not), who love your children and understand what it takes to be a good dad. The world needs more like you.
As It Stands, I’m going to take this time to recognize my dad, Richard Wayne Stancliff, as the best dad in the world!

Posted by ImBlogCrazy at 9:19 AM