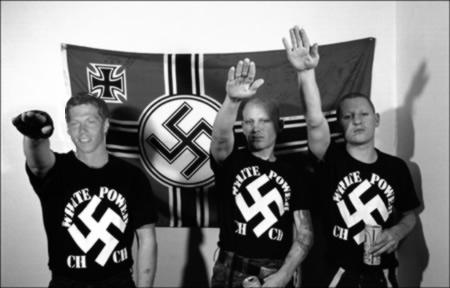 I still remember what a peaceful and nice town Kalispell was in 1995 when my wife and I visited there. We stayed in a nice motel overlooking Big Mountain, a ski resort. We didn’t see any signs of neo-Nazis back then. It’s with regret, that I share this article with you. Extremists are getting more militant every year. Hate has found a foothold in the Flathead Valley:

“The Pioneer Little Europe (PLE) movement has brought dozens of white supremacists to the Flathead Valley. They are increasingly making their presence known by staging public events, openly recruiting and distributing racist literature, stocking up on firearms at area gun shows while dressed in neo-Nazi clothing, working for local anti-gun control and anti-abortion campaigns (according to Gaede), and issuing violent threats to perceived enemies.

The growing numbers of PLE white supremacists in the Flathead Valley parallels a recent influx to the area of ultra right-wing "Patriot" movement leaders and their followers. Their combined forces are rapidly transforming the region into the hottest flash point of right-wing extremism in the country.

Nationwide the anti-government Patriot movement is surging, and the number of racist hate groups has surpassed 1,000 for the first time since the Southern Poverty Law Center, a leading authority on extremism, began tracking white supremacist activity.” (Read the rest of the story here)