As It Stands: Signs of hope for our struggling economy 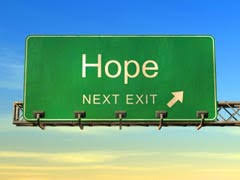 By Dave Stancliff/for The Times-Standard
Dare I say it?
The economy is showing signs of improvement.
I realize suggesting such a thing might make some readers believe I’ve lost touch with reality. I realize it’s tough out there with families waiting in food lines, the homeless population growing, and jobs as scarce as real meat at Taco Bell.
A reader recently commented that I use too much space talking about things going wrong in the world. Another reader suggested I need to write about more “important things,” which loosely defined meant issues they were interested in.
The environment. Partisan politics. Global Warming. Homeland Security spying on American citizens. The war in Afghanistan. Wall Street versus Main Street.
All good subjects to write about (and I have), but I don’t want to beat one subject or issue to death. If I write about a subject more than once, you can be sure I feel strongly about it.

I guess it comes down to expectations. I like to write about new subjects every week. The odds are that a reader will like one column and  disagree with another. That’s more than okay as I’m not a politician running a popularity contest.
One of the reasons people disagree with each other is pre-conceived beliefs that clash. They can see, or experience, the same event and have a different perspective on what actually happened.
Speaking of perspectives, let’s go back to why I think there’s hope for the economy.
California employers added more than 25,700 workers to their payrolls in October,

the third straight month of job growth. The state reported broad growth across seven of 11 industry sectors. Professional and business services led the way by adding 17,300 new jobs last month.
That was followed by education and health services with 7,400 new positions and financial activities with 4,000. Even the beleaguered construction trades which 2,100 jobs in October.
According to a widely watched private research group, the Leading Economic Index (LEI) is pointing towards modest growth and a gain in momentum by spring.
The Conference Board LEI  rose 0.9 percent in October, up sharply from a 0.1 percent increase in September and a 0.3 percent rise in August. Conference Board economist Ken Goldstein sees a glimmer of hope for the economy if the momentum can continue.
Here are some more signs that small advances are being made:
Jobless claims have trended down according to the latest government data. Consider this, the total number of people receiving benefits fell to the lowest level since September 2008, when Lehman Brothers collapsed and the financial crisis intensified.

The jobless claims data was the latest in a string of reports showing the U.S. economy gaining some momentum this year. I don’t say put on your rose-colored glasses and start throwing “The Recession is Over” parties because of one report, but it’s a good sign.
Then we have news that factories are running at a faster pace and inflation is almost nonexistent. Factories made more cars, electronics and business equipment in October, a sign that manufacturing is recovering. Industrial production rebounded 0.7 percent last month, according to the Federal Reserve.  This information lends credence to other leading indicators.
More good news. The Labor Department announced that consumer prices dropped 0.1 percent last month. Americans paid less for cars and gasoline. This data, acc

ording to financial experts, suggests inflation is poised to go lower after a spike in oil prices earlier in the year.
I like to share good news (as long as it’s true) about our economy. I know numerous challenges lie ahead before most Americans regain confidence in the economy and our government. Still, I’m hopeful we can overcome them all in time.

I don’t expect you’ll skip away after reading this column and tell people the recession is almost over. Actually, I expect you won’t give this column a second thought.
As It Stands, for those of you who do however, I look forward to hearing your opinions. A waste of space, or was it nice to hear we don’t have to prepare for Armageddon quite yet?

Posted by ImBlogCrazy at 7:46 AM

It's to bad the folks measuring the numbers of jobs don't determine if they are "living wage" jobs.