Who would of guessed the Sarah Palin traveling freak show had plans to travel abroad? The so-called “One Nation Tour” already hit a detour when former British prime minister, Margaret Thatcher, refused to meet with her. Can you blame Margaret? She’s just not interested in a retarded political wannabe’s extremist views, and un-educated take on the world.

I’d hazard to say Margaret got a kick out of Palin’s revisionist history where Paul Revere warned the British the Americans were coming! But, Margaret does have to keep up appearances and entertaining political clowns like Palin just wouldn’t do… my daw…ling!

From The L.A. Times this afternoon:

“Margaret Thatcher, the former British prime minister, is well respected by Sarah Palin, but it doesn't appear that the feeling is mutual.

Recently the former Alaska governor revealed plans to take her "One Nation" road show across the pond next month, with a stop in London as she makes her way to Sudan.

"I am going to Sudan in July and hope to stop in England on the way. I am just hoping Mrs. Thatcher is well enough to see me as I so admire her," Palin told Britain's Sunday Times in an article titled "Reloaded and on a Mrs. T mission: the Palins are coming to Britain!"

But the woman affectionately dubbed the Iron Lady isn't interested in meeting with Sarah Barracuda during the hockey mom's trip.

"Lady Thatcher will not be seeing Sarah Palin. That would be belittling for Margaret. Sarah Palin is nuts," an unnamed "ally" told the Guardian.” - Andrew Malcolm

This story, it turns out, is a HOAX.

as reported by Nile Gardiner
I have spoken to Lady Thatcher’s Private Office regarding the story, and they confirm that the attack on Sarah Palin definitely did not come from her office, and in no way reflects her views. As a former aide to Margaret Thatcher myself, I can attest that this kind of thinking is entirely alien to her, and that such remarks would never be made by her office. She has always warmly welcomed like-minded figures in the United States, and has in the past met with numerous US presidential candidates and political dignitaries when they have visited London. But at the age of 85 she is now able to receive very few visitors at all.

There was never any snub of Sarah Palin by Lady Thatcher’s office. However, there has been a great deal of mischief-making and unpleasantness from sections of the liberal press in a vain and futile attempt to use Margaret Thatcher’s name to smear a major US politician

So now all these people who used a fictitious account of Margaret Thatcher refusing to meet with Palin to belittle Palin now will apologize to Palin, right?

And then to Lady Thatcher, right?

Margaret Thatcher did not ‘snub’ Sarah Palin: The truth about the Iron Lady and the former Governor of Alaska 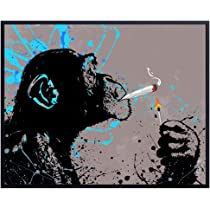