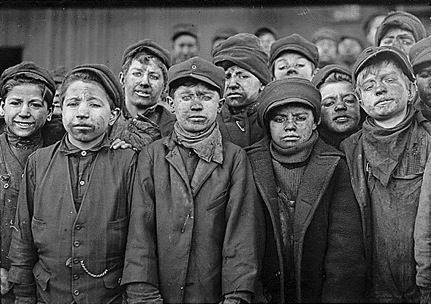 First Missouri considers a bill that would repeal child labor laws in the state, calling it an interference with how parents choose to raise their kids.

Now freshman Republican Congressman Mike Lee of Utah is lecturing that federal child labor laws are unconstitutional, and it really should be up to states to pass rules.

"Congress decided it wanted to prohibit that practice, so it passed a law. No more child labor. The Supreme Court heard a challenge to that law, and the Supreme Court decided a case in 1918 called Hammer v. Dagenhardt," Lee said. "In that case, the Supreme Court acknowledged something very interesting -- that, as reprehensible as child labor is, and as much as it ought to be abandoned -- that's something that has to be done by state legislators, not by Members of Congress."

Lee's reasoning was that labor and manufacturing are "by their very nature, local activities" and not "interstate commercial transactions." He added: "This may sound harsh, but it was designed to be that way. It was designed to be a little bit harsh."

The key Congressional law that addresses child labor is the Fair Labor Standards Act of 1938, which placed a series of restrictions against the employment of people under 18 in the public and private sectors.

The Supreme Court unanimously upheld the law in the 1941 United States v. Darby Lumber decision, overturning Hammer, on the basis of the constitutional authority of Congress to regulate interstate commerce. It has hardly run into controversies since.”

Is Lee's lecture on giving child labor laws back to the states an opening for more states to consider repealing their own laws, and allow young children into the workforce?  Or is the GOP simply back to calling everything they don't like -- unemployment insurance, health care, public education, and apparently federal law -- unconstitutional?    VIA Care2