Abandoned buildings in America that are good for urban exploration 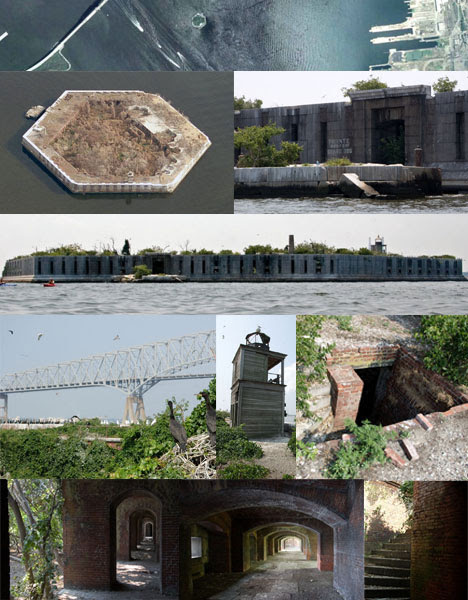 Baltimore, Maryland has a number of interesting abandonments, but none so sizable and prominent as Fort Carroll (right). Over a century old, this for was constructed in the middle of the 19th century though it never saw war. In WWII it was briefly used as a firing range for the Army and a checkpoint for ships, but has been abandoned ever since. Developers have failed to find uses for it and it has since become a habitat for numerous animals and the site of occasional urban explorations. 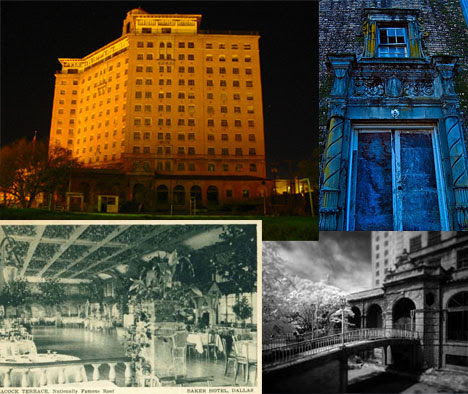 Mineral Wells, Texas is home to a grand old abandoned hotel with the first Olympic-size swimming pool in the United States. Opened nearly 80 years ago, the 14 story Baker Hotel (above left) had visits from celebrities including Judy Garland, Clark Gable, Roy Rogers, The Three Stooges, Bonny and Clyde, Helen Keller and even Ronald Reagan before closing its doors. As per a strange promise made to the public, the hotel’s founder Earl Baker closed the hotel on his 70th birthday. The hotel was auctioned and reopened under new ownership but in the late 1960s Baker had a fatal heart attack (strangely enough) in his own grand hotel’s Baker Suite. The hotel closed shortly thereafter for good, leaving behind only pictures of this wonder. GO HERE TO SEE MORE

Posted by ImBlogCrazy at 9:57 AM